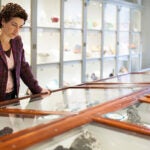 Creation of startup follows Wyss mission of ‘benchtop to marketplace’

In order to accelerate the development of new pharmaceuticals, Harvard’s Wyss Institute for Biologically Inspired Engineering announced that its human organs-on-chips technology will be commercialized by a newly formed private company.

The announcement on Monday followed a worldwide license agreement between Harvard’s Office of Technology Development (OTD) and the startup Emulate Inc. The agreement, relating to the use of the institute’s automated human organs-on-chips platform, includes not only pharmaceuticals, but chemical, cosmetic, and personalized medicine products as well.

“This is a big win towards achieving our institute’s mission of transforming medicine and the environment by developing breakthrough technologies and facilitating their translation from the benchtop to the marketplace,” said Wyss Institute Director Donald Ingber, who led the organs-on-chips effort.

Created with microchip manufacturing methods, the organs-on-a-chip are cell-culture devices, each the size of a computer memory stick, that contain hollow channels lined by living cells and tissues that mimic organ-level physiology. These devices produce levels of tissue and organ functionality not possible with conventional culture systems, while permitting real-time analysis of biochemical, genetic, and metabolic activities within individual cells.

The Wyss Institute team also has developed an instrument to automate the organs-on-chips and link them together by a flowing medium that mimics blood to create a human-body-on-chips and better replicate whole body-level responses. This automated platform could represent an important step toward more predictive and useful measurements of the efficacy and safety of potential new drugs, chemicals, and cosmetics, while reducing the need for traditional animal testing. Human organs-on-chips lined by patient-derived stem cells also could potentially provide a way to develop personalized therapies in the future.

The technology’s rapid development, from demonstration of the first functional prototypes to multiple human organs-on-chips that can be integrated on a common instrument platform, also speaks to the institute’s ability to translate academic innovation into commercially valuable technologies in a big and meaningful way.

“We took a game-changing advance in microengineering made in our academic lab, and in just a handful of years, turned it into a technology that is now poised to have a major impact on society. The Wyss Institute is the only place this could happen,” said Ingber, who is also the Judah Folkman Professor of Vascular Biology at Harvard Medical School and Boston Children’s Hospital, and professor of bioengineering at the Harvard School of Engineering and Applied Sciences.

Since their 2010 publication in Science about the human breathing lung-on-a-chip, and with grant support from the Defense Advanced Research Projects Agency, the Food and Drug Administration, and the National Institutes of Health, Ingber and his team have developed more than 10 different organ-on-a-chip models, including chips that mimic liver, gut, kidney, and bone marrow

The transition of the organs-on-chips technology to a startup was enabled by the Wyss Institute’s technology-translation model, which takes leading high-value technologies that emerge from faculty efforts and “de-risks” them technically and commercially to increase the likelihood of their commercial success.

The organs-on-chips project leaders included Ingber, Geraldine Hamilton, lead senior scientist on the biomimetics microsystems platform, and James Coon, an entrepreneur-in-residence at the institute. Hamilton and Coon will take senior leadership positions at Emulate, along with multiple members of the research team, smoothing the transition from academia to industry.

“The organs-on-chips story is a great example of how the Wyss Institute brings researchers with industrial experience into the heart of our research community and effectively bridges academia and industry,” said Harvard Provost Alan M. Garber, chair of the Wyss Institute’s Board of Directors.