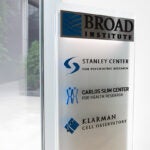 For decades, the story of spider evolution went like this: As insects became more and more diverse, with some species taking to the skies, spiders evolved new hunting strategies, including the ability to weave orb-shaped webs to trap their prey.

From that single origin, orb-weaver spiders diverged along different evolutionary paths, leading to the present day, when several species weave similar — though not identical — webs.

The largest-ever phylogenetic study of spiders shows that the two groups that weave orb-shaped webs do not share a single origin. Conducted by postdoctoral student Rosa Fernández, Alexander Agassiz Professor of Zoology Gonzalo Giribet, and Professor Gustavo Hormiga of George Washington University, the study is described in a July 17 paper in Current Biology.

“Using thousands of genes, we did a comparative phylogenetic analysis, and what we now know is there is not a single origin for the orb-weaver spiders,” Giribet said.

“There are two possible explanations for this,” he continued. “One is that the orb web evolved far back in the lineage of the two groups, but has been lost in some groups. The other option is that the orb web evolved independently in these two groups. We still haven’t resolved that question yet — we need to sample many more of these intermediate groups before we can say which option is correct.”

Even as new genetic tools became more commonplace in the last two decades, the single-origin theory held sway, in part because early phylogenetic studies relied on just a handful of genes to draw a picture of the spider evolutionary tree.

“Some early analyses pointed out that spiders with orb webs didn’t form a group — they appeared in different places along the tree,” Giribet said. “But the genes that were being used weren’t enough to elucidate the evolution of a very diverse group like spiders, so most people dismissed many of those results.”

In recent years, the cost of sequencing technology has dropped dramatically, meaning that researchers who once were able to study only a handful of genes can now examine the entire genome of a particular organism.

Fernández and Giribet were able to sequence genes from 14 different spiders, creating the largest genomic data set for the study of spiders.

“This paper is at the forefront of how these large data sets are being analyzed, and how we are now constructing phylogenies using molecular data,” Giribet said. “We can now test all possible pitfalls of phylogenetic interference to make sure our results are as accurate as possible.”

Giribet is now designing a study that will examine the genetics of as many as 150 spider species to test his hypothesis that the two orb-weaver groups evolved independently.

While the groups create very similar webs, he said, their strategies for using them, how they manufacture silk, and even the silk itself are very different. While one group passively uses the web to catch prey, some species in the other use it like a net, trapping insects by holding it between their legs.

“Their behaviors are very different, the types of silk are very different — it’s my bet that these would be two separate evolutions of a similar structure of web,” Giribet said. “But we need to further test it, and we are now looking to expand this study to include as many as 150 different spiders.”