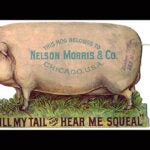 Early experiments in catching the eye

For many, the name Fritz Lang is synonymous with the image of a futuristic female robot, the haunting poster child for his 1927 science fiction classic “Metropolis.” But the Austrian-born director was a master of many genres, as visitors to the Harvard Film Archive (HFA) will see for themselves in the coming months.

Beginning Friday and running through Sept. 1, the HFA will present a complete retrospective of Lang’s silent and talking feature films. With almost 40 works in total, the series is a tribute to the director’s remarkable range. It includes science fiction, spy thrillers, crime dramas, Westerns, and fantasy.

An in-depth look at Lang, whose career spanned almost 50 years, has long been a goal at the HFA. Following the success of last summer’s Alfred Hitchcock retrospective, the time was right.

“So often the police are less sympathetic than the criminals,” said Pendleton, “even though the criminals are repulsive in Lang’s films.”

Lang (1890-1976) studied art early in life and started drafting screenplays while recuperating from wounds he sustained during World War I. His wife, screenwriter Thea von Harbou, was a collaborator on some of best-known German Expressionist films of the 1920s and early 1930s. The two eventually divorced, and Lang left Germany for Paris in 1933. Not long after that he decamped for Hollywood.

Critics agree that Lang did more than inspire some of the most memorable psychological thrillers in film; many also consider him the grandfather of the big-budget megahit. Much of Lang’s silent work, said Pendleton, “pioneered a lot of the genres that Hollywood now relies on for their summer blockbusters.”

“People don’t even realize how influential he is.”

Pendleton singled out “Metropolis” as the blueprint for any number of dystopian science-fiction films that followed. It still resonates 85 years later. The early 20th-century classic and 2012’s “The Hunger Games,” he said, both “represent this future with this extreme class difference in a technocratic society.”

The series kicks off with a restored version of “Metropolis” that includes its original orchestral score as well as several minutes of previously missing footage. The new material fleshes out various subplots, secondary narrative strands that were stripped away when the movie was shortened for foreign export. The longer cut makes for a richer work, said Pendleton, and “offers the audience a sense of the complexity that Lang was trying to achieve with the film.” (The remainder of Lang’s silent works in the series will feature piano accompaniment.)

Many movie buffs think Steven Spielberg is indebted to Lang for the unforgettable character Indiana Jones from the “Raiders of the Lost Ark” films. Visitors can draw their own comparisons on Aug. 23 when Lang’s silent film “The Spiders” (1919) screens at the archive. The two-part picture (a four-part series was the original plan) portrays a millionaire adventurer named Kay Hoog who travels to exotic locales seeking hidden treasures.

Alfonso Cuarón’s Oscar-winning “Gravity,” from last year, carries echoes of Lang’s “Woman in the Moon” (1929). Lang’s movie — a “highly scientific film about space travel,” Pendleton said — highlights the director’s fascination with technology. His serious approach to the subject even compelled Nazi scientists working on the V-2 rocket to study the film in some detail.

If it????s a Western you’re looking for, try “The Return of Frank James” (1940), which screens July 28. The film, Lang’s first in the genre and his first in color, stars Henry Fonda in the title role, bent on revenge for his brother’s death.

Pendleton picked the “often overlooked” 1937 feature “You Only Live Once” as his favorite. Set to screen on Aug. 9, the picture is “one of these ‘great lovers on the run’ films,” Pendleton said, a dark story that swirls with themes of injustice and redemption. But it’s also “tender and emotional, which is not always a quality we associate with Lang. And so I think it shows another side.”

Films are screened at the Harvard Film Archive in the Carpenter Center, 24 Quincy St., Cambridge. For a complete schedule, visit its calendar.