The mess left by stress 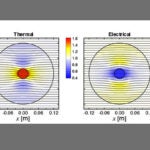 If you’re feeling more stressed out lately, you’re not alone. In fact, a new study says, you’ve got plenty of teeth-gritting company.

The Forum at the Harvard School of Public Health (HSPH) was stress central on Wednesday afternoon, or more accurately the site of an in-depth discussion about its causes, consequences, and possible remedies for a stress-filled nation. The forum, sponsored by HSPH along with the Robert Wood Johnson Foundation and National Public Radio (NPR), explored the results of a new poll called “The Burden of Stress in America,” conducted by the three groups.

Robert Blendon, professor of health policy and political analysis at HSPH and Harvard Kennedy School, began by saying that a quarter of Americans surveyed reported “high levels of stress” caused by various factors. About 60 percent reported stress related to “poor health conditions,” such as diabetes and heart disease. Other major stressors included parenting teenagers (34 percent) and coping with the effects of low wages (36 percent). Blendon observed that “health problems overwhelmed financial problems” as stressors in the poll.

Blendon also discussed the severe consequences of stress, including health-related problems (75 percent of those with high stress reported these), disruption of emotional well-being (63 percent), and difficulty sleeping (56 percent). He said that 75 percent of people experiencing high stress said that it “made it harder to get along with family,” and 70 percent said stress adversely affected their working lives.

Harvard Professor Robert Blendon said he was surprised that so much media attention gets paid to “stressed-out” business executives, when low-income people reported such high levels of daily stress.

Panelist Kristin Schubert, senior program officer and team director of the Robert Wood Johnson Foundation, expressed surprise at “how many people are dealing with high levels of stress on a daily basis. They face the kind of stress that is toxic, that can impact health directly.” Schubert said that the foundation’s mission is “building a culture of health” that will enable individuals and communities to cope better with stressors such as parenting teenagers, the quest for work-life balance, health problems, and more.

Gregory Fricchione, associate chief of psychiatry, director of the Division of Psychiatry and Medicine, and director of the Benson-Henry Institute for Mind Body Medicine at Harvard-affiliated Massachusetts General Hospital, explained how the stress response works inside the human brain.

“When our basic needs get frustrated, this gets transferred into stress,” he said. Sometimes, the brain’s stress response is good, as when it quickly goes into full-functioning mode after a car accident, sending signals (such as those to release adrenaline) to other parts of the body to help a person survive. However, some stress is bad, and can make people more vulnerable to health problems, especially long-term.

Joshua Riff, medical director and director of health and well-being for Target Corp., agreed with Fricchione on the dual nature of stress: “In the workplace, stress can be really good, motivating people to act, but the wrong amount of stress can be a bad thing.”

Moderator Joe Neel of NPR asked the panelists to explain how they relieved stress in their own lives. Blendon said he likes “to go outside and walk around lakes and oceans.” Fricchione enjoys “hiking, swimming, and shoveling snow.” After the audience stopped laughing, Fricchione explained that “doing something repetitive like that can reduce stress, and it also feels good when you stop.” Schubert uses “deep breathing and running around with my kids.” For Riff, putting things into perspective helps. He recalled his days as an ER doctor. At Target, even under a tight deadline, Riff asks himself, “What’s the worst that could happen? Nobody is going to die” if a report is late. He also takes 15 minutes each day for quiet reflection.

The panel also discussed the importance of developing resilience. Fricchione said stress makes resilience more problematic, since “stress actually removes a main part of resilience, which is connection to family and community.” Stress isolates people at the exact moment when connecting with “people who care about you becomes extraordinarily important,” he noted.

Riff added that while people may not be able to change the stimuli that create stress, such as heavy workloads, they can change how they respond to that stimuli. “There’s no way your job will be getting any easier anytime soon,” he said, to rueful nods from the audience, “so you need to change you.”

Blendon said he was surprised that so much media attention gets paid to “stressed-out” business executives, when low-income people reported such high levels of daily stress. Schubert added that “having control and agency are important. It can be hard to change conditions of poverty” for individuals, and this perceived lack of control only intensifies stress.

From the audience, NPR’s medical and science reporter Richard Knox asked how the medical profession can better address stress. Riff noted that “our training [as doctors] doesn’t provide us with the knowledge, and there’s no pill to prescribe [for stress].”

Fricchione concluded with a call to action. “We need to embed into medical analysis [of all patients] a measure of stress and develop a treatment plan based on the research,” he said. “It will take time, but I believe this will flow into medical education

The Health Burden of Stress: What We Can Do About It

For many of us, stress is an omnipresent and frequently overwhelming factor of day-to-day life. As we begin to better understand its toll on our health, The Forum at the Harvard School of Public Health — in connection with a new poll by HSPH, the Robert Wood Johnson Foundation and NPR — shared the story of stress as perceived by many Americans. What are the biggest sources of stress? How can it affect our health? And what can we do in our homes, workplaces and communities to help us manage stress and to live calmer — and healthier — lives?