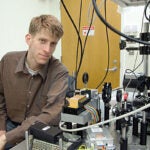 As part of a multinational, collaborative effort, researchers from the Broad Institute of Harvard and MIT, Harvard-affiliated Massachusetts General Hospital (MGH), and scores of other institutions from all over the world have helped identify more than 100 locations in the human genome associated with the risk of developing schizophrenia in what is the largest genomic study published on any psychiatric disorder to date.

The findings, which are published online in Nature, point to biological mechanisms and pathways that may underlie schizophrenia, and could lead to new approaches to treating the disorder, which has seen little innovation in drug development in more than 60 years.

Schizophrenia, a debilitating psychiatric disorder that affects approximately one out of every 100 people worldwide, is characterized by hallucinations, paranoia, and a breakdown of thought processes, and often emerges in the teens and early 20s. Its lifetime impact on individuals and society is high, both in terms of years of healthy life lost to disability and in terms of financial cost, with studies estimating the price of treating schizophrenia at more than $60 billion annually in the United States alone.

Despite the pressing need for treatment, medications currently on the market treat only one of the symptoms of the disorder (psychosis), and do not address the debilitating cognitive symptoms. In part, treatment options are limited because the biological mechanisms underlying the illness have not been understood. The sole drug target for existing treatments was found serendipitously, and no medications with fundamentally new mechanisms of action have been developed since the 1950s.

“This level of cooperation between institutions is absolutely essential,” said Steven E. Hyman, Harvard’s Distinguished Service Professor of Stem Cell and Regenerative Biology, director of the Broad’s Stanley Center for Psychiatric Research, and a former director of the National Institute of Mental Health (NIMH). “Because of the genetic complexity of schizophrenia and other psychiatric disorders, we need a large sample size to conduct this type of research. If we are to continue elucidating the biology of psychiatric disease through genomic research, we must continue to work together.”

In the genomics era, research has focused on the genetic underpinnings of schizophrenia because of the disorder’s high heritability. Previous studies have revealed the complexity of the disease (with evidence suggesting that it is caused by the combined effects of many genes), and roughly two dozen genomic regions have been found to be associated with the disorder. The new study confirms those earlier findings, and expands our understanding of the genetic basis of schizophrenia and its underlying biology.

“By studying the genome, we are getting a better handle on the genetic variations that are making people vulnerable to psychiatric disease,” said NIMH Director Thomas Insel, whose institute helped fund the study. “Through the wonders of genomic technology, we are in a period in which, for the first time, we are beginning to understand many of the players at the molecular and cellular level.”

In the genome-wide association study (GWAS) published in Nature, the authors looked at more than 80,000 genetic samples from schizophrenia patients and healthy volunteers and found 108 specific locations in the human genome associated with risk for schizophrenia. Eighty-three of those loci had not been linked previously to the disorder.

“In just a few short years, by analyzing tens of thousands of samples, our consortium has moved from identifying only a handful of loci associated with schizophrenia, to finding so many that we can see patterns among them,” said first author Stephan Ripke, a scientist at the Broad’s Stanley Center for Psychiatric Research, a member of the faculty at Harvard Medical School, and a member of the Analytic and Translational Genetics Unit at MGH. “We can group them into identifiable pathways — which genes are known to work together to perform specific functions in the brain. This is helping us to understand the biology of schizophrenia.”

The study implicates genes expressed in brain tissue, particularly those related to neuronal and synaptic function. These include genes that are active in pathways controlling synaptic plasticity — a function essential to learning and memory — and pathways governing postsynaptic activity, such as voltage-gated calcium channels, which are involved in signaling between cells in the brain.

Additionally, the researchers found a smaller number of genes associated with schizophrenia that are active in the immune system, a discovery that offers some support for a previously hypothesized link between schizophrenia and immunological processes. The study also found an association between the disorder and the region of the genome that holds DRD2 — the gene that produces the dopamine receptor targeted by all approved medications for schizophrenia — suggesting that other loci uncovered in the study may point to additional therapeutic targets.

“The fact that we were able to detect genetic risk factors on this massive scale shows that schizophrenia can be tackled by the same approaches that have already transformed our understanding of other diseases,” said the paper’s senior author, Michael O’Donovan, deputy director of the MRC Centre for Neuropsychiatric Genetics and Genomics at Cardiff University School of Medicine. ‘The wealth of new findings have the potential to kick-start the development of new treatments in schizophrenia, a process which has stalled for the last 60 years.”

The study is the result of several years of work by the Schizophrenia Working Group of the Psychiatric Genomics Consortium (PGC), an international, multi-institutional collaboration founded in 2007 to conduct broad-scale analyses of genetic data for psychiatric disease. One-third of the samples used in the study were genotyped at the Broad Institute, but a total of 55 datasets from more than 40 different contributors were needed to conduct the analysis.

The 80,000 samples used in this study represent all of the genotyped datasets for schizophrenia the consortium has amassed to date. The PGC is currently genotyping new samples to further study schizophrenia and additional psychiatric diseases, including autism and bipolar disorder.

Core funding for the Psychiatric Genomics Consortium comes from the U.S. National Institute of Mental Health, along with numerous grants from governmental and charitable organizations, as well as philanthropic donations. Work conducted at the Stanley Center for Psychiatric Research was funded by the Stanley Medical Research Institute, Merck Research Laboratories, the Herman Foundation, and philanthropic donations.