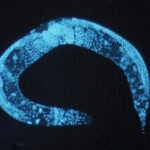 Reporting jointly to Smith and Rogers, Outar will provide strategic direction and management for all FAS fundraising efforts, including the $2.5 billion Harvard Campaign for Arts and Sciences, which launched last fall.

This marks a return to Cambridge for Outar, who previously served in several fundraising roles at the Massachusetts Institute of Technology (MIT).

Since 2010, Outar has led the University of Alberta’s alumni and fundraising enterprise as the school’s first vice president of advancement, building an organization that set new records in both fundraising and alumni engagement, which were critical in establishing the vital foundation to support the university’s ambitious emphasis on research, and teaching and learning.

“O’Neil Outar has great vision for fundraising strategy and management and has built an impressive record of accomplishment throughout his career. I am very excited that O’Neil has agreed to bring his talents and commitment to furthering higher education to our team,” Smith said.

Upon arrival at the University of Alberta, Outar aligned and integrated fundraising and alumni relations functions across the organization. In addition, he implemented data-driven and metrics-oriented decision-making models to allocate resources, inform goals, and measure outcomes. This strategic effort resulted in three years of record fundraising achievements, including an all-time record for individual donors.

“O’Neil will be a great addition to the Alumni Affairs and Development senior team and to The Harvard Campaign.  His deep experience and strong skills will be invaluable.  My colleagues and I look forward to working with him,” said Rogers.

Prior to joining the University of Alberta, Outar served in several different strategic fundraising roles at MIT.  There he had extensive experience in organizing and leading major campaign initiatives, having led the work that secured some of MIT’s largest-ever donations. He recruited and managed volunteer leaders, and developed novel funding models that provided for intense investment in important initiatives.

Outar’s roles at MIT included senior director of Global Initiatives, in which he spearheaded new, institute-wide activities in China and India, and increased private philanthropic support from outside the United States more than sixfold. As senior director of Institutional Initiatives — focusing on the MIT Energy Initiative, the David H. Koch Institute for Integrative Cancer Research, and the $578 million Campaign for Students — he managed the fundraising of more than $1.25 billion. During the preceding $2.2 billion Campaign for MIT, Outar served as a senior major gifts officer with a focus on Silicon Valley, managing the fundraising of more than $250 million.

He has also been involved in fundraising at Tufts University, where he served as director of the Fund for Arts, Sciences, and Engineering during the $609 million Tufts Tomorrow campaign.

“I am delighted to be joining a dynamic team during a pivotal time of the campaign, which will help support the amazing research, teaching, and learning being carried out across the Faculty of Arts and Sciences,” Outar said.

Outar was born in Guyana and named in honor of his father’s favorite Australian cricketer, Norman O’Neill. He holds a bachelor of arts and a master of arts in urban and environmental public policy, both from Tufts University.