‘Broken genes’ for a broken system 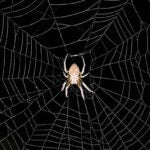 To David Altshuler, the recent discovery of a genetic mutation that protects against type 2 diabetes offers hope in fighting more than just diabetes.

It also illustrates how using the tools of genetics to hunt for “broken genes” can aid drug discovery, a process that itself is broken, Altshuler said, with new finds scarce despite billions spent on research.

“Almost everything we put into patients fails,” said Altshuler, a Harvard Medical School genetics professor. “There’s something wrong with what we’re doing.”

The “broken gene” procedure involves screening large segments of the population for people who should develop a particular disease, but don’t. Once found, researchers screen their genomes, comparing the results with the rest of the population, singling out genetic differences that provide the protective effects, and looking specifically for genes that are unexpectedly shut off.

Altshuler, who is also a researcher at both the Broad Institute of MIT and Harvard and Massachusetts General Hospital, spoke Wednesday at the Broad as part of a summer lecture series. Searching for “broken genes” — those whose protective effects come from shutting off and ceasing to function — gives drug companies an important leg up, he said. Creating a drug to stop a gene from working is less complicated than creating one to turn a gene on, make it go faster, or change how it functions.

The diabetes find, announced in March, was conducted by an international consortium led by Altshuler. Researchers screened 150,000 patients and identified several thousand who had risk factors for diabetes — including old age and obesity — and yet hadn’t developed the disease. In those people, researchers examined a suite of genes known to be associated with diabetes, finding a mutation in one, called SLC30A8, that stopped it from functioning and that was responsible for the protective effects. Further work showed other mutations of the same gene that, if one copy was inherited, cut the risk of developing type 2 diabetes 65 percent.

Drug development has been bumping along at a discouragingly low pace for decades, he said. Advances in laboratory techniques have greatly reduced the toxicity that caused most drug candidates to fail in past decades, but the number of drugs that successfully make it through clinical trials hasn’t budged.

And the major reason is that the vast majority of them just don’t work, Altshuler said. Despite better techniques and the development of animal models that supposedly mimic human biology, more than 95 percent of lab-effective candidates are ineffective when attempted in humans, he said.

We still don’t understand human biology well enough to fully understand how a drug will work in people, Altshuler said, or even to pick up key biological differences between humans and the lab animals.

In the past, Altshuler said, successful drugs were found by investigating “experiments of nature” — observations of disease outcomes that differed in different populations and that could be traced to a particular physiological trait. For example, Altshuler said, the use of cortisol to treat rheumatoid arthritis came from observations that the condition would improve in patients who developed Cushings’ syndrome, marked by too much cortisol, and get worse in those with Addison’s disease, marked by too little.

Those kinds of natural experiments not only point the way toward treatment, they provide scientists with assurance that the treatment will be safe, and will work. The tools of genetics have the potential to uncover the same sort of natural experiments, Altshuler said, and provide a pathway to more effective drug discovery.

“We can recognize when a DNA variation breaks a gene and stops its functioning cold,” Altshuler said.