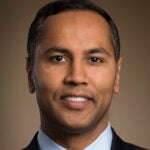 One of three researchers recognized with national prize

Adam Cohen, professor of chemistry and chemical biology and of physics, has been named one of three winners of the 2014 Blavatnik National Awards, which honor young scientists and engineers who have demonstrated important insights in their respective fields and who show exceptional promise going forward.

Cohen’s research is centered on developing new methods for investigating molecules and cells, and ranges across disciples from pure biology to quantum mechanics.

Much of his current work uses microscopy and lasers to develop noninvasive methods of visualizing and studying neural circuits in the brain. This new technique will help answer questions about how electrical signals propagate and one day could lead to the design of individualized treatments for diseases such as amyotrophic lateral sclerosis (ALS), epilepsy, and bipolar disorders.

Cohen is also responsible for the discovery of a new property of electromagnetic fields — optical chirality, which determines the degree of chiral selectivity in the interaction of light with chiral molecules — and the invention of a system capable of trapping and manipulating individual fluorescent molecules in solution at room temperature.

Researchers in Cohen’s lab are now studying chemical reactions whose outcome is exquisitely sensitive to small magnetic fields, a consequence of quantum coherence in a room-temperature liquid.

“Modern chemistry often demands scientists achieve technical specialization in a narrow field,” said Vern Schramm, Ruth Merns Chair in Biochemistry at the Albert Einstein College of Medicine of Yeshiva University, and a member of the 2014 Blavatnik Awards National Jury. “In his laboratory at Harvard, Adam Cohen breaks this mold by achieving breakthroughs in cellular imaging of electrical currents, new optical properties of light, manipulation of single molecules, and control of chemical reactions with magnetic fields. He is recognized as one of the nation’s most promising young scientists.”

“This is a huge surprise and a wonderful honor,” Cohen said last week, after learning of the award. “The prize really belongs to the many students and postdocs in my lab and in my collaborators’ labs. Their incredible creativity and hard work led to the discoveries that form the basis for the award.

“This award will give my lab freedom to explore new ideas that might not otherwise attract funding,” he continued. “In a research lab, as in an orchestra, acclaim belongs more to the musicians than to the conductor. I am deeply indebted to the many scientific virtuosos who have worked and continue to work in my lab and in my many collaborators’ labs.”

Cohen isn’t the only Harvard faculty member to receive the award — Rachel Wilson, professor of neurobiology at Harvard Medical School and a Howard Hughes Medical Institute (HHMI) investigator, was also named as a recipient, as was Marin Soljačić, professor of physics at the Massachusetts Institute of Technology.

Cohen, Wilson, and Soljačić were selected from a pool of more than 300 nominations submitted by 162 of the nation’s most prominent universities and research institutions and the Blavatnik Awards’ Scientific Advisory Council. The winners were selected by a jury composed of some of the world’s most distinguished scientists and engineers.

The award comes with a $250,000 prize, the largest unrestricted cash prize for early career scientists.

“I’m still deciding how to spend the money,” Cohen said. “I’ll spend some of it to explore new directions where my lab has no track record — perhaps prospecting for new functional genes from exotic organisms.

“I hope that the biggest impact of the award will be to inspire younger students,” he said. “The world is full of fascinating and important unsolved problems. I hope that students will see that there are still great opportunities for young people to make important discoveries.”