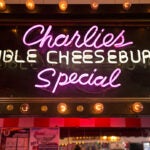 On day one as College dean, Rakesh Khurana ponders the long road taken, and the one ahead

New Harvard College Dean Rakesh Khurana paused for a moment, peering at an American flag in front of his office window, barely moving in a soft summer breeze. It was his first day in the job, and that glimpse of flag, just three days before Independence Day, caused him to reflect on the journey that brought him from India to Queens, N.Y., to Harvard Yard.

“I can’t help but remember that 43 years ago this month, my family immigrated to the United States. Looking outside my window and seeing the flag and the John Harvard Statue, I just feel incredible gratitude to my parents, who had the courage to come to this nation,” said Khurana, the Marvin Bower Professor of Leadership Development and professor of sociology. “I am grateful to this nation and institution for making dreams only quietly imagined come true.”

Born in India, Khurana was a child when his family came to America, and he grew up in the New York City borough of Queens. He received his B.S. from Cornell University and went on to earn his Ph.D. in 1998 through a joint program between Harvard Business School (HBS) and the Graduate School of Arts and Sciences (GSAS). A scholar of organizational behavior and leadership, an award-winning teacher, and a co-master of Cabot House, Khurana has been deeply involved in undergraduate issues throughout his time at Harvard.

As dean, he said he wants to build on his experience and the work of his predecessors and continue to ensure that the College sets the standard for higher education in the 21st century.

“For almost 400 years, Harvard College has been educating its students to be the responsible citizen leaders and the citizenry of our society. At a time when we face a significant amount of challenges, we also have an incredible opportunity where knowledge has never been more valued and where education has never been more important in determining the course of one’s life and making the world a better place,” he said. “We have an obligation and a duty to do what we have always done, but with a greater urgency than ever before.”

Outside his office windows, the voices of tourists could be heard as they snapped photos in front of the John Harvard Statue. Inside, bare walls and empty bookshelves framed the dean as he began settling in.

Though he had yet to adorn the office with his personal books, photos of his family had already made their way onto his desk. Khurana’s wife, Stephanie (M.B.A., M.P.P. ’96), is a co-master of Cabot House, where they live with their three children.

“I think my kids would prefer if I were the lead singer of Coldplay,” Khurana joked. “But seriously, this role does remind us what an impact Harvard has had on our collective life. Our family has been very fortunate to interact with so many faculty, staff, and students who are some of the world’s best thinkers, devoted professionals, and talented young people, and to get to know them as neighbors, role models, and friends.”

Looking toward and beyond the upcoming academic year, Khurana said it is important that the College continue to provide a transformative experience — intellectually, socially, and personally — for all undergraduates.

“The College has the potential to change and transform lives. I want to ensure we remain a place where nothing limits the dreams of our students,” he said. “I want to serve this institution well, and be a steward for all of the great work of those who have come before me, and build on that work.”