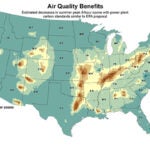 After years of toiling to increase the efficiency and lessen the environmental impact of campus operations, it’s time for university sustainability workers to step back, examine broader goals, and make sure their efforts are aligned to achieve them.

That’s the advice of William Clark, the Harvard Kennedy School’s Harvey Brooks Professor of International Science, Public Policy, and Human Development, and a co-director of the Sustainability Science Program. Campus sustainability initiatives have, for many years, been on the cutting edge, promoting efficiency, influencing institutional practices, encouraging new construction and major renovations, and changing behavior among students, faculty, and staff.

In fact, Clark said, he and other specialists in sustainability have learned from the efforts of Harvard and other institutions. Still, he said, campus leaders should take a look at the broader picture before plunging ahead once again.

“We’ve been taking for granted that you recognize sustainable development if you saw it,” Clark said. “What are we trying to promote? It certainly isn’t just reductions in emissions.”

Clark posed the question Tuesday to a Cambridge gathering of representatives from universities and nonprofit organizations across 34 countries. The gathering was part of the eighth annual conference of the International Sustainability Campus Network (ISCN), which was jointly hosted by Harvard and the Massachusetts Institute of Technology.

The conference, held at Harvard’s Boylston Hall and at MIT’s Media Lab, included discussions about innovation, collaboration, scalability, and metrics. Heather Henriksen, director of Harvard’s Office for Sustainability, on Monday delivered introductory remarks together with Bernd Kasemir of ISCN and Julie Newman of MIT.

“The challenges we face are too complex, interwoven, and global. We can’t solve them on our individual campuses,” Henriksen said. “We hope you leave with a renewed sense of purpose.”

Davis Bookhart, senior manager for sustainability at the Hong Kong University of Science and Technology, welcomed the chance to trade ideas with counterparts from other institutions. Most campus sustainability offices, he said, are small, with just a few people generating ideas and programs. Sustainability is such a new field, he said, that they’re often making it up as they go along.

“You don’t always have people to bounce ideas off of,” Bookhart said.

Clark led a panel discussion on innovation at MIT’s Media Lab that also featured Gordon Jones from Harvard’s Innovation Lab, who outlined the i-lab’s mission and operations; Jason Jay of MIT; Tom Kelly of the University of New Hampshire; and Christine Bratrich of ETH Zurich. In his comments, Clark said that innovation efforts related to sustainability shouldn’t focus entirely on university outputs — like greenhouse gas emissions — to the global environment and climate system.

Sustainability, he said, should promote human well-being in a long list of areas — housing, work, education, health, and community among them. Further, he said, sustainable development ensures that well-being is shaped in a way that is not purchased at the cost of other people elsewhere in the world or, in the case of long-term environmental degradation, at the expense of future generations.

The focus of university efforts shouldn’t just be on the flow of goods and services to and from campus, Clark said, but should also ensure that the development of other important assets — the built environment, knowledge passed on to students, social capital created on campus, and even the natural environment — are handled sustainably.

“On your campus, what are the specific capital assets most relevant to enhancing the inclusive well-being of your community, both locally, surrounding, and through the world?” Clark asked. “How well do you monitor and report the size and quality of those asset stocks, not just the flows in and out of them — greenhouse gas emissions, waste recycling rates and so on. [Those are] all hugely relevant, but not about the stock of assets we are, or are going to, pass on to the future.”