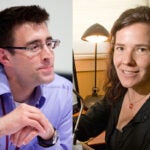 Nadav Safran, a wide-ranging scholar of the politics of the Middle East, whose works charted the modern political history and foreign relations of Egypt, Israel, and Saudi Arabia throughout momentous years of turmoil, taught at Harvard from 1959 until his retirement as the Murray A. Albertson Professor of Middle Eastern Studies in 1990.

Born in Cairo to Joseph and Jeanne (Abadi) Za’farani into a largely non-observant family of oriental Jewish lineage, Safran developed an interest in religion and Zionism after graduating from high school. He embarked on religious studies and moved to a kibbutz in Palestine in 1946, where he changed his first name from Clement to Nadav, meaning ‘generous’ in Hebrew, and his last name to Safran. Two years later he fought as a commando in Israel’s war of independence, becoming a lieutenant in the Israeli army after the 1949 armistice. Moving to the United States in 1950, he entered the then new Brandeis University from which he graduated in 1954. The following year he married Anna Balicka and they had three daughters: Nina, Abigail, and Elizabeth.

After a year spent in Europe on a Sheldon Fellowship, Safran undertook graduate studies at Harvard, completing his doctorate in 1958. His dissertation, a history of political ideas in Egypt, which was one of the first in Middle Eastern studies to employ the broader social science concepts of Max Weber, was published in revised form in 1961 by Harvard University Press as Egypt in Search of Political Community: An Analysis of the Intellectual and Political Evolution of Egypt, 1804-1952.

As befits the scholar of a region whose domestic politics is intimately bound up with international relations, Safran combined interests in both fields. In 1963 he published a broad survey of Israeli- American relations entitled The United States and Israel, followed in 1969 by a study of Arab-Israeli relations within a broader international setting, From War to War: The Arab-Israeli Confrontation 1948-1967. In 1978 he published Israel: The Embattled Ally, a wide-ranging account of the founding and development of that nation with an emphasis on its relations with the United States. A parallel study came out in 1985, entitled Saudi Arabia: The Ceaseless Quest for Security, which the New York Times Book Review called “the most comprehensive, informative and reliable account of Saudi foreign policy yet written.” It charts the conflicting imperatives and factional struggles over security policy in the Saudi Kingdom with analytic skill and the detail of a sweeping historical narrative that goes back to 1744.

Safran was a prominent member of an intellectual generation that sought to integrate the study of the politics of the Middle East with the analytic issues of mainstream social science. His books and articles join deep historical learning to contemporary analytical ambitions. Safran’s scholarship was also marked by a deep sensitivity to the cultures and concerns on both sides of the Arab-Israeli conflict, whose histories and complexion he understood intimately. Although he had fought for Israel, he retained a deep affection for Egypt and revisiting that country later in life was a moving experience for him. In a field whose subject matter evokes strong views, Safran stood out as a figure who could understand all sides of the issues. He was a student of the Arab-Israeli conflict who would be welcome today: someone with a deep personal and scholarly understanding of the issues involved, from both sides of the conflict, who knew well the difficulties of finding common ground.

In the Department of Government, Safran played an important role as a graduate teacher about the politics of a region with great international significance. In the training of doctoral students, he insisted that there was no substitute for a full command of the languages spoken by those whose circumstances scholars sought to understand. He argued that political scientists should sustain a life-long commitment to understanding a people’s context, including where on the map they are located and the effects wrought by the timing and sequence of events. His teaching embodied a concern not only for the impact of wars but also for the multifarious effects of local cultures. Safran worked closely with his doctoral students and remained in touch with many of them for years after their graduation.

Nadav Safran was a person of great good humor and a delightful conversationalist, and his affable temperament served him well on many occasions, not least when he served as Director of Harvard’s Center for Middle Eastern Studies, whose activities he significantly enlarged. He resigned from that position in 1986 amidst controversy over a grant received from the CIA, but remained a faculty member in the Department of Government until 1990, where his intellectual engagements had long ranged well beyond the Middle East. In seminars, Safran would often cast a skeptical eye on the conventional wisdom spouted about other parts of the world. As a colleague, he lent a sympathetic ear to junior colleagues who welcomed him as an interlocutor.

In his later years, Safran pursued longstanding interests in the arts, and he took up painting with a striking enthusiasm. At his death, he was survived by his three daughters, Nina, Abigail, and Elizabeth, and his former wife, Anna, as well as three brothers and two sisters living in Israel.