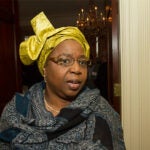 While Massachusetts K-12 students as a group consistently rank at or near the top in the nation for their academic performance, not every local school district has found the secret to success.

Take Lawrence, an industrial, Latino-majority city 25 miles north of Boston with a school system that has about 13,000 students, 90 percent of whom are from low-income homes and 70 percent of whom speak English as a second language. The district had a long history of leadership instability and student underperformance. Only half of its students typically graduated from high school in four years, and its test scores ranked in the bottom five for the Massachusetts Comprehensive Assessment System (MCAS) state-run exams for both math and English language arts during the 2010-2011 school year.

That spotty track record prompted state officials, for the first time, to take control of the school system in late 2011, paving the way for a top-to-bottom reorganization, new leadership, and sweeping reforms that began in early 2012 and are still continuing.

Researchers at Harvard Kennedy School (HKS) and Harvard Graduate School of Education (HGSE) have studied the first round of academic achievement data to come out of Lawrence since the turnaround effort started. During a discussion Tuesday evening, they offered a first look at how the process is going. Compared with the state’s 48 other low-income-majority school districts, Lawrence students closed the achievement gap by two-thirds in 2012-2013.

“There’s no question that in the first year of the turnaround, Lawrence’s achievement in math really jumped up by a substantial amount, whether you compare it to the state as a whole or to other low-income districts,” said Joshua Goodman, assistant professor of public policy at HKS and an HGSE faculty member, who was part of the research team.

While the English language arts scores did not improve on average, those students who attended “acceleration academies” ― new weeklong intensive sessions held during school vacation breaks and taught by top teachers ― showed improvement both there and in math. “These gains that we see in math in particular are pretty widespread … so that’s somewhat comforting to us in the sense that it means these results are not being driven by one or two or three schools doing remarkable things,” said Goodman.

The group will examine data from the current school year when it becomes available in early fall.

“We’re trying to do something different here in Lawrence, and I think it really comes down to a school-by-school and student-by-student strategy,” said Seth Racine, chief redesign officer at Lawrence Public Schools. “We’re not trying to impose one model or one intervention on everybody.”

“To me, this is very encouraging news,” said Paul Reville, the Francis Keppel Professor of Practice of Educational Policy and Administration at HGSE and the Massachusetts secretary of education from 2008 through 2012. Reville noted that given the country’s “terrible” track record trying to improve chronically underperforming schools, Lawrence is in the national spotlight as other districts and policymakers consider similar reforms.

“Nowhere has a state done a good job in turning around the academic performance of a school district, and everyone has been very hopeful from the outset that we’re going to be the first state to break that logjam and to show that we can get promising educational results from an enlightened strategy” of school takeovers, he said.

“We’ve got a lot more work to do if we’re going to make good on this promise of education reform, which is ‘we’re going to educate all students to a high level,’ and all means all.”