Tough as a rugby player 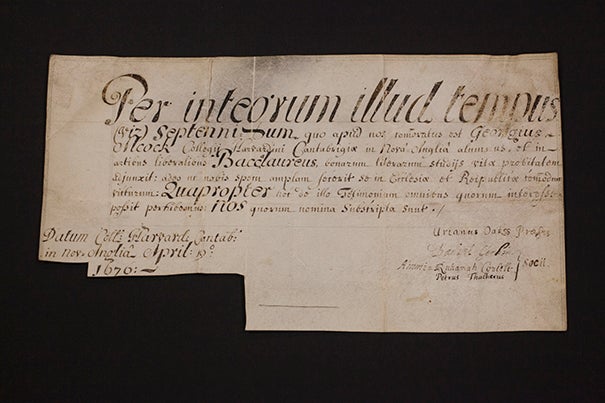 Shelby Lin ’14 pushes to be the best — on the playing field, as a math scholar, as a researcher

Small in stature but packing a punch, Harvard College senior Shelby Lin has a fitting nickname bestowed by her teammates on the women’s varsity rugby team: “Mighty Mouse.”

She’s an All-Ivy star scrum half, a quarterback-style role requiring scrappy play and bold direction of team offense and defense from midfield.

“I feel like I don’t have a very demanding general personality, but when it’s for the team, on the field, I’m screaming the entire time, which is what you want a scrum half to be doing,” said Lin with a laugh. “I think something about sports for me in general is that it’s always been one of the things where I’m more challenged to be a leader than in other things I do.”

Lin, 21, assumed the position only last fall, but now she is one of about 50 players nationwide invited to try out this summer for the Women’s Collegiate All-American team, a stepping-stone to future international play.

“She has gone from virtually zero experience at that position and has through her own personal work ethic and her commitment to understanding the game, to become one of the best in the country at that position,” said coach Sue Parker. “It’s not just that she’s an awesome player, but Shelby is absolutely the kind of player who raises the level of everyone around her because her joyfulness in playing is so contagious.”

Lin was instrumental in pushing for the team’s elevation this year from club to varsity status.

Rugby has “been a huge part of what I’ve done here, and a lot of the people I’m closest to at Harvard are my teammates. It’s kind of amazing the relationships you have with people after you’ve been on the field protecting each other and laying your body down on the line,” said Lin, an Adams House resident.

An applied mathematics concentrator within the field of economics, Lin wasn’t entirely certain how her College years would unfold, and says her path to graduation has been a bit surprising.

“Math would come naturally, I was good at problem-solving, but what I was looking for was a field where I could use that to do something more closely related to society or what I see every day,” she said. “So applied math fits with that concept, and I think economics in particular also does because you’re studying questions that I can really care about but using methods I really trust, which are quantitative methods.”

A John Harvard Scholar from 2010 to 2012, Lin took her junior year off to complete a graduate-level microeconomics course and to work as a research assistant at Harvard’s Lab for Economic Applications and Policy, a position usually filled by graduating seniors. One project, with rising star economist Raj Chetty, looked at variations of economic mobility between generations in the United States and made the front page of The New York Times.

“The whole year was a good way to see how much I liked research and jumping in at a really high level from undergrad,” Lin said of the detour.

This summer, she and some friends will make a 68-day bike trek from Washington, D.C., to San Francisco. In the fall, she will head to Pembroke College at the University of Cambridge in England to study public health on a Harvard-Cambridge Scholarship. She plans to return to the United States in 2015 to begin work at Massachusetts Institute of Technology on a Ph.D. in economics, with a focus on health.

“She’s a person who has true integrity because she doesn’t hold herself to a standard of excellence in one facet and then mediocrity is OK in other areas of her life,” said Parker. “In academics, in athletics, in her personal interactions with people, in all facets, Shelby is truly an outstanding person.”