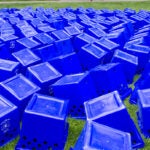 Delivering Harvard’s Commencement address, former New York City Mayor Michael Bloomberg called on the Class of 2014 this afternoon to safeguard free speech and inquiry, rights that he said are under attack both in Washington, D.C., and on college campuses across the country.

Bloomberg, who graduated from Harvard Business School in 1966, specifically criticized protests at some universities that have short-circuited graduation speeches by those who hold views that are unpopular with some groups. He also criticized politically motivated efforts to reduce science research funding or quash teaching of controversial topics, such as evolution. Supporting the free debate of opposing views, he said, is “a sacred trust” of universities and the basis of democratic society.

“There’s no easy time to say hard things. Never feel reticent to speak what’s right,” Bloomberg urged the graduates. “Do not be complicit. Do not follow the crowd. Speak up and fight back.”

Faust outlined three elements that she believes Harvard owes the future: answers to important questions, new questions that stimulate inquiry and debate, and the ability to understand answers to questions — about truth, justice, goodness, and our origin — and derive meaning from them.

“Questions like these can be unsettling, and they can make universities unsettling places,” Faust said. “But that too is an essential part of what we owe the future: the promise to combat complacency, to challenge the present in order to prepare for what is to come, to shape the present in service of an uncertain yet impatient future.”

The speeches highlighted Commencement’s Afternoon Exercises — officially the annual meeting of the Harvard Alumni Association — in Harvard Yard. During Morning Exercises, the University conferred degrees on 6,500 graduates from Harvard College and the graduate Schools. The graduates were joined by thousands of family members, friends, and other visitors.

The day dawned cool, bright, and sunny, with thousands of excited graduates in caps and gowns lining up on the streets nearby, awaiting their formal procession into the Yard.

The morning’s ceremony, heavy with tradition and scripted rites, was convened and adjourned by the top-hatted high sheriff of Middlesex County and featured student speeches and a rendition of “The Star-Spangled Banner” by Aretha Franklin. Franklin was among eight honorary degree recipients, who also included Bloomberg and former President George H.W. Bush.

During his speech, Bloomberg said that Harvard has so far resisted protests against unpopular campus speakers, citing the administration’s backing of Colorado Sen. Michael Johnston’s appearance at the Graduate School of Education (GSE) Wednesday despite student protests of his views on education. The support of Faust and GSE Dean James Ryan, Bloomberg said, “could not have provided a more valuable final lesson to the Class of 2014.”

When it comes to the faculty’s political leanings, however, Bloomberg said Harvard and other Ivy League schools have some work to do. Ninety-eight percent of political donations by faculty members at all Ivy League schools went to Democratic candidates, Bloomberg said, a uniformity that he said calls into question whether students are hearing all points of view. The danger, he said, is that partisanship will close people’s minds to new ideas — particularly those they initially oppose — which he said has already occurred in Washington, D.C., where lawmakers have ceased listening to each other on such critical issues as gun violence and climate change.

“If students graduate with ears and minds closed, the University has failed both the students and society,” said Bloomberg, who is also a successful entrepreneur and a philanthropist.

In her speech, Faust recalled the long tradition of Harvard and of Tercentenary Theatre, the outdoor area between the Memorial Church and Widener Library where Commencement ceremonies are held. Such historical figures as Nelson Mandela, Winston Churchill, Franklin Roosevelt, and George Marshall had all stood there, as had the University community, when it gathered there after the terrorist attacks on Sept. 11, 2001, and in happier circumstances to celebrate Harvard’s 375th anniversary in 2011.

Universities, Faust said, are uniquely responsible to both the past and the future and, though Commencement Day is full of historical reminders, it is important not to forget the obligation to the future, to support research that is rapidly expanding the frontiers of scientific knowledge, of economic competitiveness, of international diplomatic challenges, and of technical issues, such as governance of the Internet.

“We must continue to support our answer-seekers, who work at the crossroads of the theoretical and the applied, at the nexus of research, public policy, and entrepreneurship,” Faust said. “Together, they will shape our future and enhance our understanding of the world.”

Faust said the University not only owes the future its knowledge, new questions, and meaning, it also owes the future the students who pass through its gates each year. She highlighted financial aid as an important priority for the future.

“As today’s ceremonies so powerfully remind us, we also owe the future the men and women who are prepared to ask questions and seek answers and search for meaning for decades to come,” Faust said. “Today we send some 6,500 graduates into the world, to be teachers and lawyers, scientists and physicians, poets and planners and public servants.”