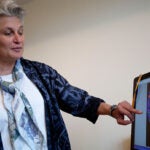 It’s not uncommon to hear of undergraduates pulling all-nighters to prepare for exams or finish papers. Even though a number of studies have shown that sleep deprivation is unhealthy and can actually be counterproductive, that does little to sway the average student when deadlines loom.

So Will Clerx ’14 set out to dig deeper, specifically to study the physiological effects that irregular sleep patterns have on college students. Having served as an undergraduate researcher in the Division of Sleep and Circadian Disorders at Brigham and Women’s Hospital in Boston, a Harvard affiliate, Clerx designed and ran an experiment involving 61 of his fellow students. His research helped provide insight into how irregular sleep patterns affect undergraduate performance. And his work is included in the documentary “The Great American Sleep Project,” which will air on the National Geographic network.

“There are always competing priorities that arise, and college students don’t always make regular sleep their highest priority,” said Clerx. “But when you do the research, you see that irregular sleep patterns are associated with lower academic performance. So really, it appears to be counterproductive. It’s one of those things where people don’t necessarily realize what they’re doing to their bodies.”

A molecular and cellular biology concentrator, Clerx said his interest in science began when he was a small child looking for insects in his Seekonk, Mass., backyard.

“I was always fascinated by the natural world and exploring why things are the way they are. But while it’s something that has always interested me, I’ve found that it’s one thing to read about science, about biology, and another thing to ‘do science,’ ” said the Cabot House resident. “I’ve always been a passionate consumer of knowledge, as is everyone at Harvard; that’s how we got here, that’s why we’re graduating. But once you’re here at Harvard, you have a very special opportunity to become a creator of knowledge.”

In addition to his work in the lab, Clerx was inducted into Phi Beta Kappa as a junior, and is a former Cabot House Committee member and a member of the Harvard Catholic Student Association. Those who know him say he is a natural leader.

“Will brings intellect, passion, and humor to everything he does.  He takes on challenging questions that impact the quality of life on a societal level while also caring deeply for those around him. He has contributed to both Cabot House and the broader College community through his intellectual, social, and personal leadership in immeasurable ways.  He is truly a gem of a person,” Rakesh and Stephanie Khurana, co-masters of Cabot House, said in a joint statement. Rakesh Khurana is the incoming dean of Harvard College.

Entering his freshman year, Clerx took courses that fueled his interest in biology, but he wasn’t sure where his focus should be within the field. In the summer after his first year, he participated in the international Genetically Engineered Machine (iGEM) competition, a program that engages students in synthetic-biology research by having them collaborate on a research project of their own design, with the aim of creating biological systems that perform new functions.

Clerx called this a “formative experience,” but said it wasn’t quite what he was seeking.

“I realized that this kind of research could have far-reaching and important impacts, but it was pretty far removed from the clinical side, from people. I took a step back and realized I really wanted to work more directly with people,” he said.

That’s when he took a class taught by Charles Czeisler ’74, the Frank Baldino Jr., Ph.D. Professor of Sleep Medicine. Clerx learned about the circadian clock, the biomechanism that guides sleep patterns, and how environmental time cues such as light can alter that internal clock and affect sleep.

“I was hooked,” he said. “Sleep is very tangible. It is something everyone experiences, everyone knows, and we think we understand it so well, but there is really so much more we can learn.”

In the fall of 2012, Clerx began working in the sleep lab. He continued to learn about how lack or disruption of sleep over time can unsettle the body, affecting important hormones such as melatonin and cortisol and increasing the risk of heart disease, cancer, and diabetes. And he saw how light exposure can influence the body’s internal clock. Yet he didn’t think that enough was being done to see how all of this was affecting undergraduates, whose exposure to light from smartphones and computer screens late into the evening has increased tremendously in the 21st century.

For his experiment conducted in the fall semester, he recruited fellow Harvard undergraduates and compared students with regular sleep schedules to those with irregular sleep patterns. His work evolved into his senior thesis.

“Will’s creativity and talent enabled him to make an important discovery linking irregular sleep-wake schedules with changes in the brain’s circadian clock. His thesis research was truly exemplary,” Czeisler said.

“What I found was an effect similar to what some have called ‘social jet lag.’ Exposure to nocturnal light was associated with setting the circadian clock of the irregular sleepers back nearly three hours. This means that, on average, these students are in Boston, geographically speaking, but are essentially living in California, biologically speaking.” Clerx said. “I could tell college students they could sleep more. But if I could tell them that if they slept more regularly it might be the difference between a B+ and an A-, that has very tangible meaning.”

After graduation, Clerx will continue to work in the sleep lab, but eventually plans to go to medical school to become a pediatric oncologist.

“When you have children who are sick, young kids just at the beginning of their lives, there seems to be something fundamentally wrong with that. You’re fighting for the life ahead of them. There’s no doubt that it can be a tough environment when things don’t work out, but at the same time I think there’s a lot of room there to bring hope to people, and that’s what interests me,” he said.

As for his own sleep patterns, does Clerx practice what his research teaches?

“I am by no means a perfect human,” he said with a laugh, “but I am certainly aware of it. But there have been times when I stay up late writing a paper, look at the clock, and say to myself, ‘My risk of diabetes is going up.’ ”