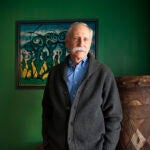 Harvard University will invest new resources immediately to expand and strengthen its Office of Sexual Assault Prevention and Response, President Drew Faust announced today. The increase in resources was among a series of immediate actions recommended by the Sexual Assault Task Force, which is led by former Harvard Provost Steven E. Hyman.

In addition to the investment in that office, recommendations include creation of a website that aggregates and clearly highlights the broad array of current prevention and response resources in one location; resources on which the Schools can draw as they devise training and orientation programs for the fall; and a campus survey to assess the incidence, circumstances, and perceptions of sexual assault and other forms of sexual harassment at Harvard.

The recommendations were developed after the first two task force meetings and were included in a May 13 letter from Hyman to Faust, who commissioned the group earlier this spring.

“Reflecting the urgency of the issue, we chose to begin our work immediately,” wrote Hyman, former director of the National Institute for Mental Health. “During the summer, we will gather data on effective practices developed by other universities and by the military, and will also review relevant academic literature. In addition, we plan to develop survey instruments attuned to the Harvard community. A critical activity that will begin as soon as students and faculty return in the fall will be a process of broad outreach to members of the Harvard community to gather input.

“While we have much work in front of us in the next months, we have determined that there are several steps that can be taken now,” he wrote, strongly recommending immediate new support for office, the website, the fall programming, and the proposed campus survey.

Hyman emphasized that the new resources are being made necessary by the increased national focus on sexual misconduct on college campuses.

“With renewed attention to sexual assaults, the call for services has increased and will likely continue to do so,” he wrote.

In accepting the recommendations, Faust thanked the task force for its focus on near-term improvements and said the University must “do better” on issues related to sexual assault.

“As I noted when the task force was constituted, Harvard will meet our legal obligations, but they alone should not bound our response to this behavior,” wrote Faust. “We can, and indeed we must, do better.

“We have the responsibility to think in new ways about the best means of preventing sexual assault and ensuring that we are effectively responding to those who have experienced it.”

Hyman was instrumental in creating the office in 2003, a reform that significantly bolstered Harvard’s ability to respond to incidents of misconduct and to support those who had experienced sexual harassment, including assault. The new director of the office, Alicia Oeser, is a task force participant.

For more than a year, the University has worked to respond to the rapidly evolving legal landscape and to the needs of students, faculty, and staff. Last spring, the first University Title IX officer, Mia Karvonides, was hired. She convened a working group last May to review existing, School-based Title IX policies and procedures. That group produced the first University-wide Title IX policy, which has been submitted for review to the U.S. Department of Education’s Office of Civil Rights.