Another step in the wrong direction 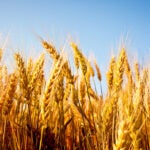 The world made a down payment on decades of dangerous weather last month, reaching an average atmospheric carbon dioxide level above 400 parts per million.

“No human being — ever — has witnessed this atmosphere, so breathe in deeply,” Daniel Schrag, the Sturgis Hooper Professor of Geology and the director of the Harvard University Center for the Environment, said Monday during an event at the Geological Lecture Hall.

Though daily carbon dioxide concentrations did top 400 parts per million at times last year, April marked the first time the monthly average topped that mark, reaching 401.33 ppm, according to Ralph Keeling, a Scripps Institution of Oceanography geochemist and son of the late Charles Keeling, whose “Keeling curve” alerted the world to rising carbon dioxide levels in the 1960s.

At one point during the conversation, Keeling was asked how to persuade climate change skeptics and create greater momentum for action. He called for a stronger emphasis on outreach and building trust.

The event, titled “Brave New World! Entering an Age of Climate Change Beyond 400 PPM,” was sponsored by the Harvard University Center for the Environment and included a video address from former Vice President Al Gore. It came a day before a major report from the National Climate Assessment warned that climate change is already being felt across the United States — dry regions are growing drier, torrential rainstorms are increasing, heat waves and wildfires are becoming more severe, and forests are under attack from invasive pests accustomed to warmer temperatures.

Four hundred ppm is not a functional climate threshold that will suddenly trigger more dire consequences, Keeling and Schrag noted. It is, however, an indication that our best chance to avoid climate change has passed. Carbon dioxide concentrations are now nearly 50 percent higher than preindustrial levels, thought to have been 270 to 280 parts per million. A system as huge and complex as the planet’s atmosphere changes slowly; even a dramatic response tomorrow — cutting emissions to zero — would likely be too late to halt dramatic effects.

“We’re way out of the natural range,” Keeling said. “If there’s a symbol of us being at a dangerous level, it’s that we’re already at 400 parts per million.”

Though Gore expressed optimism that significant action to address the problem was possible — citing changing public attitudes and declines in prices for renewable energy supplies — Keeling didn’t share that feeling.

With fossil fuel burning largely unabated today, there’s little chance of stabilizing atmospheric carbon dioxide within a few decades at 450 ppm, he said. Five hundred ppm, nearly double pre-industrial levels, is a more likely target, Keeling said — one that would be preferable to accelerated burning with no controls. He estimated that the Earth has enough fossil fuel reserves for atmospheric carbon dioxide to approach 2000 ppm, a level that would undoubtedly have devastating consequences and take thousands of years to lower significantly.

Halting carbon dioxide rise wouldn’t take a complete cessation of burning fossil fuels, Keeling said. Scientists have known for some time that the increase has been slower than expected from the levels of fossil fuel burning. This is because the ocean and land act as carbon “sinks,” absorbing significant amounts of carbon dioxide — roughly 43 percent of our emissions, meaning fossil fuels would have to be reduced by 57 percent to stop the accumulation of carbon dioxide in the atmosphere. (Though ideally the actual reduction would be a bit more, Keeling said, to compensate for an expected slow decline in absorption by natural carbon sinks.)

International organizations seeking to address climate change have called for an effort to minimize warming to an average of 2 degrees centigrade. That target is probably too high to avert dangerous change, Keeling said, and also low enough that there’s probably no way to avoid it.

“If we’re worried about dangerous climate interference, I think what we have to accept now is that we’re already there,” Keeling said. “We shouldn’t be talking about avoiding dangerous climate interference, we should be accepting that something like 400 ppm is already a threshold. There’s a loss of innocence that we’ve already bought into this problem deeply enough that the conversation has to change to being what do we do next.”