The context of health care for all 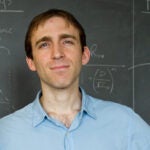 Drawing on the experience of four nations, experts described how crises and fundamental transitions often prove the catalysts behind universal health care systems during a panel event Tuesday at Harvard’s Longwood campus.

In Turkey, it took an earthquake and thousands of deaths to galvanize reform of an unequal system. For Mexico and Thailand, it took a democratic transition, coupled with constitutional guarantees of citizens’ right to health care. In China, it took an outbreak of SARS — and the global attention that accompanied it — to call attention to the flaws in a market-based system.

The common element, according to Dean Julio Frenk of the Harvard School of Public Health (HSPH), was that health care reform became aligned with wider national priorities.

“In my opinion, the number one reason for success for reform is when it connects to the broader agenda in a country.”

The result in each case been improved health-care access for millions, though panelists noted that improved access hasn’t always meant improved quality of care — a disparity bound to be a major challenge for years to come, they agreed.

The occasion for the panel was the inaugural State of Global Health Symposium, “Transforming Health Systems for Universal Health Care.” Held at the Joseph B. Martin Conference Center, it was sponsored by the School’s Department of Global Health and Population and supported by the Harvard-Thai Ministry of Public Health Fellowship Fund.

In his address, Srithamrongsawat presented Thailand’s experience with universal health care. The system was officially adopted in 2002, but its roots trace to the 1970s, when a program for the rural poor was established. Along with a continued focus on serving the poor, preventive and primary care are now areas of heavy emphasis, he said.

The result is that a once hospital-heavy system has shifted toward clinics, and an estimated 60,000 households are protected from medical-cost related impoverishment each year.

Though the country has achieved near-universal coverage, significant challenges remain, Srithamrongsawat said, challenges that the panel agreed are common among nations implementing universal health care. They include equalizing the quality of care among citizens who participate in different insurance schemes within the country, handling increased demand, managing a rise in chronic diseases, and ensuring long-term financial sustainability.

Frenk pointed out that the increased cost of health care in nations that adopt universal systems means that the shift has to be accompanied with an emphasis on preventive and primary care.

Jha focused on how care is sometimes associated with harm, despite providers’ mission to improve health. Some 43 million injuries annually are reported in hospitals around the world due to some kind of adverse event, a rate that puts hospital-related injuries among the top 10 to 15 causes of death and disability worldwide.

The medical establishment needs a culture change, Jha said, with a strong emphasis on the health status of patients. Efforts could be bolstered by leadership buy-in, data collection, and sharper metrics for measuring progress, he said.

“The fundamental principle of quality improvement is not, ‘Are you providing the right care?,’ it’s ‘Are you improving? Do you have a plan?’ Universal health care is important to improving the world’s health, but we have to make sure quality is also on the agenda.”