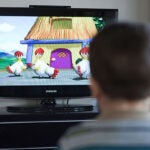 For most people, rock-paper-scissors is a game used to settle disputes on the playground. For biologists, however, it is a powerful guide for understanding the key role mutation plays in the evolution of new — and sometimes successful — traits.

Using mathematical models, Daniel Rosenbloom, a postdoctoral researcher in Harvard’s Program for Evolutionary Dynamics, and colleagues have provided evidence that the rock-paper-scissors dynamic can lead to higher mutation rates as organisms search for the next “winning” strategy. The study is described in a recent paper in The American Naturalist.

“In a simple scenario, the argument is that it’s generally good to have your mutation rate be as low as possible, because if you’re adapted to an environment, and most mutations have either no effect or deleterious effects, there’s no evolutionary benefit to a higher mutation rate,” Rosenbloom said. “But when you add this component of cyclical competition, there’s never a ‘best’ trait — different traits are in abundance at different points. It could be that there are certain strategies that help you hedge your bets, and one of them is to have a higher mutation rate.”

Such cyclical competition, Rosenbloom said, is common in the natural world.

An example often cited by biologists: male side-splotched lizards of the southwestern United States. The lizards exhibit varying levels of aggression as a way of out-competing one another for territory and mating rights.

As an undergraduate, Rosenbloom began using simple equations to describe the rise and fall of competing populations under a rock-paper-scissors model, and quickly noticed that it led to increases in mutation rates. But it wasn’t until he teamed up with co-author Ben Allen, a mathematics professor at Emmanuel College, that the mathematical and biological implications started to become clear.

Rosenbloom and Allen developed a model that allowed them to examine a system with three possible strategies — similar to rock-paper-scissors — as well as systems that had six or even more strategies.

“What’s interesting is even if you have some very large number of strategies — 10 or more — it may be very unlikely for a single mutation to seize on the correct strategy, but that’s what happens,” he said. “The math shows this is a very robust result — no matter how many strategies there are, no matter how many incorrect mutations there are — there will always be a selective pressure for a higher mutation rate.”

Even when Rosenbloom and Allen tried to handicap the system, increasing the number of strategies and adding potential strategies that would never succeed, the selective pressure declined, but never dropped to zero.

In another test, Rosenbloom and Allen built genetic recombination — the natural shuffling of genes that occurs during reproduction — into the model, and were surprised by the result.

“You can imagine that you have one locus on the genome that encodes for mutation rate, and another locus that’s some distance away coding for the particular strategy,” Rosenbloom said. “There may be an individual whose offspring will quickly find the dominant strategy, but due to the action of recombination, those two loci can become separated, meaning lineages with low mutation rates could also find the correct strategy and benefit.”

But even in this model, Rosenbloom said, if an individual with a low mutation rate manages to stumble onto the correct strategy, the benefit is limited.

“They might be dominant for a period, but when the next winning strategy emerges, they’ll eventually be supplanted,” he said.

“This coexistence between individuals of high and low mutation rates was something that had not been seen before,” Rosenbloom said.

By understanding the way competition in rock-paper-scissors-like systems can encourage higher mutation rates, scientists may one day be able to use the genes associated with certain traits to identify previously unknown “hot spots” for mutation.

“We think of an organism as having a mutation rate, but in reality different parts of the genome mutate at different rates — the difference can be an order of magnitude or more across the genome,” he said. “The prediction we would make is that the mutation rate should be higher in regions that somehow mediate traits that are important for rock-paper-scissors and other cyclical models of evolution.”