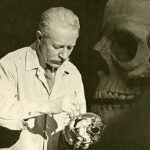 Harvard Stem Cell Institute (HSCI) researchers at Boston Children’s Hospital have reprogrammed mature blood cells from mice into blood-forming hematopoietic stem cells (HSCs), using a cocktail of eight genetic switches called transcription factors. The reprogrammed cells, which the researchers have dubbed induced HSCs (iHSCs), have the functional hallmarks of HSCs, are able to self-renew like those cells, and like them can give rise to the cellular components of the blood.

The findings mark a significant step toward one of the most sought-after goals of regenerative medicine: the ability to produce HSCs suitable for transplantation using more mature or differentiated cells. Blood stem cell transplants, also known as bone marrow transplants, have been saving the lives of patients for almost three decades, but have been limited by the difficulty of obtaining good cell matches for transplantation.

HSCs are the basic starting material for all blood stem cell transplants, regardless of their source (bone marrow, umbilical cord blood, peripheral blood). The success of any individual patient’s transplant correlates with the number of HSCs available for transplant. The more cells there are, the more likely it is that the transplant will take hold. However, HSCs are quite rare.

“HSCs only comprise about one in every 20,000 cells in the bone marrow,” Rossi said. “If we could generate HSCs from a patient’s other cells, it could be transformative for transplant medicine and for our ability to model diseases of blood development.”

In their study, Rossi and his collaborators, including lead author Jonah Riddell, screened gene expression in 40 types of blood and blood progenitor cells from mice. From this screen, they identified 36 transcription factors (genes that control when other genes are turned on and off) that are expressed exclusively in HSCs, not in cells that arise from them.

“Blood-cell production invariably goes in one direction: from stem cells, to progenitors, to mature effector cells,” Rossi explained. “We wanted to reverse the process and derive HSCs from differentiated blood cells, using transcription factors that we found were specific to HSCs.”

In a series of mouse transplantation experiments, Rossi’s team found that six of the 36 factors (Hlf, Runx1t1, Pbx1, Lmo2, Zfp37, and Prdm5), plus two additional factors not originally identified in their screen (Mycn and Meis1), were sufficient to robustly reprogram two kinds of blood progenitor cells — pro/pre B cells and common myeloid progenitor cells — into iHSCs.

Rossi’s team reprogrammed their source cells by exposing them to viruses containing the genes for all eight factors and a molecular switch that turned the factor genes on in the presence of doxycycline. They then transplanted the exposed cells into recipient mice and activated the genes by giving the mice doxycycline. The resulting iHSCs were capable of generating the entire blood-cell repertoire in the transplanted mice, showing that they had gained the ability to differentiate into all blood lineages.

HSCI principal faculty member Stuart Orkin, one of the leaders of Dana-Farber/Boston Children’s Cancer and Blood Disorders Center and a co-author on the paper, noted that the use of mice as a kind of reactor for reprogramming marks a novel direction in HSC research. Orkin is also a Howard Hughes Medical Institute investigator.

“In the blood-research field, no one has the conditions to expand HSCs in the tissue culture dish,” he said. “By transplanting the virally exposed cells into mice, Derrick took advantage of the signaling and environmental cues that HSCs would normally experience.” Orkin added that iHSCs are nearly indistinguishable from normal HSCs at the transcriptional level.

As they stand, the findings are far from being translated to the transplantation clinic. Still to be answered are the precise contribution of each of the eight factors to the reprogramming process and whether approaches that do not rely on viruses and transcription factors can have similar success. It is also not yet known whether the same results can be achieved using human cells or whether other, non-blood cells can be reprogrammed to iHSCs.

“This discovery could have a radical effect on transplantation,” Orkin said. “You could have gene-matched donors, you could use a patient’s own cells to create iHSCs. It’s a long way off, but this is a good step in the right direction.”