Lessons, warnings in a centuries-old peace 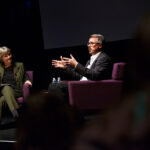 Harvard conference takes a look back at Congress of Vienna

Your mission this week, should you chose to accept it, is to attend a conference at Harvard on Friday that will include (academically speaking) war, diplomacy, and heroism, along with enough political intrigue to fill a hundred novels.

You guessed right: The gathering of historians is all about the Congress of Vienna, which turns 200 this year. The bicentennial will occasion at least three other events worldwide — two in Vienna and one in Amsterdam. But Harvard’s, called “The Power of Peace,” is the first. (It comes with an explanatory essay.)

There is reason to pay attention to a diplomatic gathering from two centuries ago. The congress created, by some measures, a century of relative peace among European nations — until the carnage of World War I. It also anticipated political structures that underlie peace and cooperation today (where it is to be had), including the European Union and the United Nations. And it stands as a transformative political moment for the significant contributions of women.

Vienna was at the heart of the Austrian Empire, which along with Russia, Prussia, Great Britain, and defeated France had come to the table to hammer out a peace. Peace was welcome. Europe had been riven by decades of conflict — the French Revolution and its war and then the wars created by Napoleon and his imperial ambitions.

Representatives from 200 European states and political entities, great and small, met from September of 1814 to June of 1815. A postwar treaty was not their only objective. “After great conflicts, Europeans were more prone to discuss the madness of war,” said conference co-organizer Stella Ghervas, a visiting scholar at Harvard’s Minda de Gunzburg Center for European Studies, which will host the event. But the assembled leaders also intended “to avoid war in the future,” she said, by setting up the “Congress System.” The planned series of periodic diplomatic conferences in European cities was designed to establish the political machinery for lasting peace.

Co-organizer David Armitage, the Lloyd C. Blankfein Professor of History and chair of the Department of History, called the Congress of Vienna a “systematic attempt to restore balance” — the kind of “conclusive conference” that prefigured those that would follow World War I, in Versailles, and World War II, at Yalta. “The very foundations of our international systems,” he said, “come out of the Congress of Vienna. They were thinking on a potentially global scale.”

Europe was finally awakening to a spirit of accord that before had only been imagined by thinkers dismissed as utopian visionaries. One was Charles-Irénée Castel de Saint-Pierre, a French abbot whose 1713 “Plan of Perpetual Peace” anticipated the reformist liberality of the Enlightenment. (Both Immanuel Kant and Jean-Jaques Rousseau, inspired by Saint-Pierre, made the point that that industry and trade could create lasting peace better than war.) Saint-Pierre also used the term “European Union” for the first time, prefiguring the work of the congress.

The abbot’s ideas inspired Tsar Alexander I of Russia, who in turn formulated the “Holy Alliance,” a peace covenant among the great powers for maintaining a war-free Europe “He was inspired by the plan of perpetual peace,” said Ghervas.

But at the same time, the Congress was also attended by hard-headed diplomats like France’s Charles-Maurice de Talleyrand and Austrian diplomat Klemens von Metternich, who rejected the Tsar’s proposal for a common European army. (Ghervas has seen Metternich’s deletions in a manuscript she examined for her 2008 book “Réinventer la Tradition: Alexandre Stourdza et l’Europe de la Sainte-Alliance.”)

In all, the congress represented a rare historical confluence of visionaries and pragmatists, making it possible, Armitage said, for “ideas and action to come together.” Metternich and Talleyrand are well remembered, but perhaps not the mercurial Alexander I. In his day he was considered, by princes and peoples alike, the liberator of Europe for pushing Napoleon back from Moscow all the way to the Champs-Élysées. In the years immediately after the congress, he also became a pacifist icon.

There are others deserving of revived reputations, including the largely forgotten women of the congress. They are the subject of one of the papers being presented Friday.

Glenda Sluga of Sydney University will present, via videoconference, “Sexual Congress: Women, Intimacy and ‘International’ Politics in Vienna, 1814-1815.” The female counterparts of male diplomats are often squeezed into just one view of the congress, she will argue — the “dancing congress” of formal balls, inimate salons, and other facets of “an entertainingly salacious tale” that hardly tells the whole story.

Mark Jarrett, author of “The Congress of Vienna and its Legacy,” will deliver a paper applying a modern idea — the influence of hard and soft power — to a moment during the congress itself, when war loomed over how to divide Poland in the wake of Napoleon’s defeat. The issue set Russia and Prussia against Austria, Great Britain, and France. Only a secret treaty averted war.

Brian Vick of Emory University will touch on matters that make the Congress of Vienna seem modern and global in the way it went beyond the Continent. The congress took on international issues in a way that foreshadowed humanitarian gestures of diplomacy as practiced today, confronting, for example, the African slave trade and the issue of sea piracy as practiced by privateers from ports in North Africa. His paper: “From London to Lübeck to Geneva and Algiers: Abolition of the Slave Trade and Barbary Captivity at the Congress of Vienna.”

The idea of the congress as a template for modern peacemaking does come with a caveat, Ghervas said. “The current international organizations and venues for peace tend to represent the interests of the most powerful countries, and may be in need of reform.”

That replicates the story of the Congress of Vienna, which started with liberal impulses and the Tsar’s vision of a united Europe, but came to represent a directorate, Ghervas said — “a select club of great powers who made the decisions for all the others,” and ignored the opinions of a restless public. (Starting in the 1820s, the congress was followed by decades of popular uprisings.)

“The risk for the European Union today is that it could evolve toward a directorate,” she said.

While entities like the EU are facing popular unrest, events in the Crimea echo the Congress’s failure to maintain peace, said Ghervas, who is also writing a transnational history of the Black Sea region. She recalled the recent words of President Obama — that Russia is acting out of weakness in the Crimea. “Russia has been emerging from a situation of disarray since the end of the Cold War,” said Ghervas. “The position of Vladimir Putin today is not as comfortable as that of Tsar Alexander I in Vienna. He had had the prestige of having just defeated Napoleon and liberated Europe.”

So what is the lesson? “Leaders who already are in a strong position find it easier to find a peaceful solution to international issues than to use war,” said Ghervas. “All it requires to slide into war is to lose patience. That’s what happened in World War I.”

There is a powerful message for today from a diplomatic congress held 200 years ago. “Peace is for the strong,” said Ghervas, echoing the title of the paper she will deliver Friday. “War is for the weak.”

For more information on Friday’s conference.