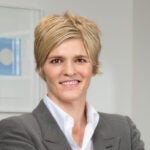 Astronomer honored by magazine for discovery of gravitational waves

Wide speculation spread in March when the Center for Astrophysics announced it was holding a press conference. What news would the announcement bring about space, or possibly about the origins of life?

News spread, with many predictions centering on the discovery of gravitational waves, or ripples in space-time. It was believed the waves had been created by the enormous forces at work during cosmic inflation, which scientists say occurred in a fraction of the first second of the universe’s existence, when it expanded billions of times over.  The process was first proposed by MIT scientist Alan Guth in 1981.

Those predictions were right.

John Kovac, Harvard associate professor of astronomy and the project leader of the BICEP2 telescope at the Amundsen-Scott South Pole Station, had identified the effects of gravitational waves for the first time. Now, Time magazine has named Kovac to the 2014 Time 100, its list of the 100 most influential people in the world.

The discovery of the waves had been “one of the most important goals in cosmology,” said Kovac. At the news conference, he credited the work of the dozen people in his laboratory and those at the collaborating labs.

Kovac had spent the past 12 years trying to confirm gravitational waves. When he saw them revealed in the data, he said he felt a “mixture of awe and elation,” quickly followed by a determination to ensure they hadn’t been produced by an error somewhere.

Marc Kamionkowski, a professor of physics and astronomy at Johns Hopkins who was not part of BICEP2 but who attended the news conference, said the discovery was “cosmology’s missing link” that has been sought for 20 years. The findings, he said, will require “new physics” beyond the currently understood Standard Model.

Time’s list of its 100 most influential people will be in its May 1 issue, which appears on newsstands Friday. Kovac also joins American Repertory Theater (A.R.T.) Artistic Director Diane Paulus on the list.