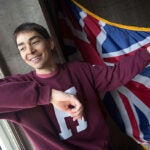 The fund will support activities at the Harvard Innovation Lab (i-lab), which leverages entrepreneurial spirit throughout the University and shows the unlimited possibilities unleashed when individuals from a wide range of fields but with a shared passion are brought together. In particular, the fund will support the Deans’ Health and Life Sciences Challenge, launched in 2012 and chaired by Nohria and Jeffrey S. Flier, dean of the Faculty of Medicine, Harvard Medical School (HMS). In recognition of the donor’s generosity, the Deans’ Challenge prize will be named the Bertarelli Prize.

“Our Deans’ Challenge was created to accelerate the development of innovative solutions and help position Harvard University as the pre-eminent institution in health care and life sciences,” said Nohria. “With the generous support of the Bertarelli Foundation, we hope this challenge will inspire innovative solutions to major problems in the world’s health care system by advancing new cures and therapies, developing new ways to apply information technology, and designing new health care systems to deliver affordable health.”

Ernesto Bertarelli, who along with his sister and mother founded the Bertarelli Foundation in 1998, is an entrepreneur who has had a successful career in business, finance, yachting, and philanthropy. He is the former CEO of Serono SA (formerly known Ares-Serono), a global pharmaceuticals and biotechnology leader that his family managed for three generations. In 2007, Serono was purchased by Merck KGaA. The company was subsequently known as Merck Serono SA. Since the sale of Serono, Bertarelli has focused on a number of private investment and nonprofit roles, notably Waypoint Capital, the business enterprise for the funds and investments associated with his family. One of the businesses comprising Waypoint is Gurnet Point Capital, a health care and life sciences fund recently established and based in Boston. In December 2012, Bertarelli and Hansjörg Wyss, M.B.A. ’65, announced a joint venture, Campus Biotech, a Geneva-based research and technology center focused on health, biotechnology, and life sciences.

Bertarelli has been active at both HBS and HMS. At HBS, he has served as a member of the Board of Dean’s Advisors since 2011. He has been a member of the HMS Board of Fellows since 2002 and served on the HMS Biological Chemistry and Molecular Pharmacology (BCMP) Council from 2000 to 2003. He is a member of the Strategic Advisory Board at Ecole Polytechnique Fédérale de Lausanne (EPFL) in Switzerland.

The Bertarelli Foundation is active in two particular areas: life sciences and marine conservation. It has helped to establish the world’s largest marine reserve in the Indian Ocean, while it also forged partnerships with Harvard Medical School and EPFL to drive innovative life science research.

Earlier this year, the Bertarelli Foundation made two gifts to Harvard. Driven by the power of scientific teamwork, the foundation gave $6 million to expand the Bertarelli Program in Translational Neuroscience and Neuroengineering at HMS and EPFL. A second gift of $3 million established the Bertarelli Catalyst Fund for the Dean of HMS, with the goal of enabling key research opportunities at HMS.