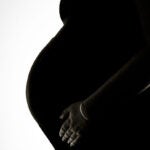 Exhibit shows how a standard medical procedure evolved across centuries

It’s not your usual exhibit. For one thing, it includes a 78-inch skull, a collection of teeth under glass, a 16th-century anatomy text, and a Civil War–era autopsy kit whose saws, chisels, and knives are remarkably similar to those used today.

“Body of Knowledge,” an exhibit about five centuries of anatomy and dissection, has been installed this spring on the Science Center’s second floor. It is partly eccentric (a poster of a kneeling skeleton), partly strange (the head cast of a hanged murderer), and also tech savvy: A digital gallery guide available for mobile devices is keyed to numbered icons in a 31-feature app. Armed with an average smartphone, a viewer can click and dig into extra layers of history and culture as she strolls among the pictures, instruments, old texts, and oddities under glass.

The app adds more of the weird and the wonderful. Icon 1 delves into initial-letter woodcuts in a Renaissance anatomy text. Busy groups of putti — cherubic boys representing medical students — act out the realities of human dissection as it once was. (Look for the panel on robbing a grave, a practice that one expert called a sign of “self-confident masculine culture of medical schools long ago.) Icon 31, meanwhile, jumps to the modern era with an essay — and images — on macabre cinema autopsies.

“The icons are launching points for extended context,” said Wheatland Curatorial Fellow Cira Louise Brown, who designed the digital gallery guide. “The idea was to give visitors another look.” She learned a lot creating it, including where the bodies to be dissected came from early on. They were both the “holy and cursed,” said Brown. They were criminals, women who died in childbirth, and even saints, whose bodies centuries ago were considered the repositories of sacred relics.

The first dissection in America, she added, happened in Hartford, Conn. It followed a witch trial and execution. Another dissected woman appears on the dramatic and seething frontispiece of a Renaissance anatomy classic from 1543, “De humani corporis fabrica,” by Andreas Vesalius. She is not a witch, but the disgraced mistress of a monk.

“We wanted a broad view of anatomy,” with pictures, artifacts, and texts that illuminate practices going back centuries, said co-curator Paolo Savoia, a third-year doctoral student in the History of Science program.

As for grave-robbing putti, teeth under glass, and giant wood pulp skulls: all teaching aids. “This is what we all do in our research,” said Savoia, who plans a dissertation on surgical and anatomy practices of the 15th and 16th centuries in his native Italy. “We look at how real people behave while doing science.”

“We” are the many experts who organized “Body of Knowledge,” sometimes in meetings of 20 or more. “We had never done a medicine exhibit,” said Jean-François Gauvin, Ph.D. ’08, director of administration for Harvard’s Collection of Historical Scientific Instruments. Joining the collections in sponsoring the exhibit (and supplying experts) were the Center for the History of Medicine at Countway Medical Library, Harvard Medical School’s Program in Medical Education, and the Harvard Museums of Science and Culture.

Closer to Savoia’s frame of reference, “we” also means his co-curators, also third-year doctoral students in the History of Science program and fellow contributors to the essay site Remedia. Cara Fallon will write her dissertation on longevity and life extension. Lisa Haushofer, already a medical doctor, is soon to be the go-to authority on the boundaries between food and medicine in Britain and the United States a century ago.

Most of the collaborating experts for the exhibit are scientists, so its organization has an internal logic. There are three main eras: the Renaissance, the Industrial Age of the 19th century, and the modern. There are three themes involving opening a body for study: preparation (even if it means robbing a grave), practice (cutting, peeling, revealing), and afterlife (the ways that the knowledge gained lives on).

Sara Schechner, the collection’s David P. Wheatland Curator, took a quick tour of the exhibit and pointed to a favorite display behind glass. “For beauty,” she said, “I like this corrosion cast of a lung.” The silvery, intricate object is the exact representation of the bronchi and trachea from an animal about 130 years ago. Corrosion casts, a teaching aid from the 17th century to the present, are made by injecting a substance into vascular spaces and other cavities, letting the substance harden — in this case bismuth, tin, lead, and cadmium — and then dissolving the modeled tissue.

Savoia was drawn to a facsimile tablet painted with religious scenes, a device used from the 14th century on to soothe condemned criminals as they were led to execution. (They were often later the subjects of dissection.) Held very close to the face of the condemned, he said, the devices allowed a criminal “to die a Christian death” and be distracted from the screams of the mob. “There were a lot of continuities between religious and medical practice,” said Savoia, which debunks the belief that the church was opposed to bodies being studied for science.

The executed criminals being studied that way were ideally from out of town, said Haushofer. That saved local families the shame of dissections, which were often public events and even spectacles, complete with tickets, music, and visiting dignitaries. More often, autopsies took place in wealthy private homes, and nearly always during winter. “Bodies,” she said, “don’t preserve well in the heat.”

Walking to one glass case, Haushofer was struck by the work of a 19th-century model-maker who crafted a painstakingly detailed representation of a stillborn child. It’s a powerful illustration, she said, “of the desire to make the moment of dissection last.”

As a favorite, Fallon settled on a 1544 example of “flap anatomy” — pop-up textbook depictions, layer by paper layer, of what’s inside a male and female body. “They’re rare, and they’re beautiful,” she said of the original pages, with text in German. “I love the way they bring together art and science.”

Brown, the app designer, had a lot of favorites, but chose a series of 19th-century photos hanging on one wall, showing medical students posing in dreamlike tableaux of autopsies, with themselves as client and practitioner. Gauvin said the pictures were a way of dealing with the “anxiety of dissection.” Brown agreed. “We’re still reconciling those anxieties,” she said, including with a modern debate over using just digital images to teach students. That’s not likely to change. Cadavers are increasingly seen as “an empathy tool” for medical students, said Haushofer, the medical doctor. “They actually refer to their cadavers as ‘patients.’ ”

All agreed that one part of the exhibit was a favorite: the reproduction of a 16th-century anatomical theater in Leiden, Netherlands. The dissector and the cadaver are in the center, with ascending rings of spectators beyond. “We wanted to play with the idea of being both a visitor and a spectator,” said Haushofer.

A visit might even prove inspiring. “I want to be dissected,” said Gauvin with a smile at the tour’s end, imagining the aftermath of a final moment long in the future. “I’m giving my body to Harvard.”

The exhibit, which is on the second floor of Harvard’s Science Center, runs through Dec. 5.