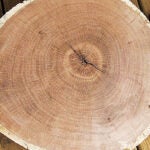 When forests take the hit

McCormick, the Francis Goelet Professor of Medieval History and chair of the Initiative for the Science of the Human Past at Harvard, will lead a project aimed at constructing the most detailed historical record yet of European climate.

“Until now, researchers — including myself — have been analyzing climate signals from ice cores in Greenland and trying to deduce what the impacts are for Europe and the Middle East,” McCormick said. “This project is a game changer in that respect, because we will now have signals right from the heart of Europe. For climate scientists, it should shed wonderful new light on climate conditions in historical Europe, and it should also allow us to calibrate what we find in Greenland.”

McCormick expects the project to provide valuable insight into the sway climate held over ancient societies.

“In recent years, historians have become increasingly aware of two things. The first is the power of material evidence — including scientific evidence — beyond the written sources we’ve traditionally worked with since the 18th and 19th centuries. The second is that … exogenous factors, such as environment, also play a role in the development of human societies.”

McCormick cited a 2007 study he co-authored that identified a link between a volcanic eruption in 763 and an unusually harsh winter across Europe, resulting in widespread crop failures.

“Every year through 763, Charlemagne’s father had been invading southern France, trying to conquer it,” McCormick said. “But in 764, there was no expedition. We now know why: There was no food. That’s a very clear-cut example of how this type of climate data can be useful for historians.”

The new project is supported by a $525,000 grant from the London-based Arcadia Fund. It will stretch over three years as McCormick and colleagues analyze a new ice core collected from the Colle Gnifetti glacier near the Swiss-Italian border.

By including climate scientists such as Paul Mayewski, director of the Climate Change Institute at the University of Maine, and Dietmar Wagenbach of the University of Heidelberg, Germany, the initiative marks the first time researchers from both disciplines have come together to investigate a single ice core.

As scientists in Maine, Heidelberg, and elsewhere focus on analyzing the core, researchers at Harvard will comb through historical sources with the goal of creating a database of written records that address Europe’s climate from 1500 back to about 800. Together the international team will integrate the historical and scientific evidence.

“This is the first time historians and climate scientists have put their heads together and come up with a set of questions for a specific ice core,” McCormick said.

For answers, researchers will turn to what is perhaps the most advanced instrument ever developed for ice core analysis.

When researchers first began studying ice cores in the 1980s, they could obtain only three or four readings for every meter of ice. Twenty year later, improvements in technology meant scientists could obtain as many as 100 measurements per meter.

“That’s fine if you’re working in some place where large amounts of snow and ice build up each year,” McCormick said. “But at this site in Switzerland, where the amounts are much smaller and the deep ice is highly compressed, if you analyze it at that level you might capture a decade, or even a century in a centimeter. What you end up with is a very blurry signal.”

The new technique — a laser-based sampling technology that can chip tiny amounts of the core and analyze the results — was developed by the Climate Change Institute’s W.M. Keck Laser Ice Facility. It represents a quantum leap. Researchers expect to obtain as many as 50,000 sample levels per meter.

“In early tests that looked at the 15th or 16th centuries, we were able to get signals that clearly appear to be seasonal,” McCormick said. “Ultimately, we’re fairly confident we’ll be able to go as far back as the first millennium, or perhaps even further. That’s what we’re aiming for.”