Solving the problem of shape-shifters 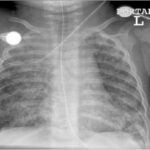 Investigators at Harvard-affiliated Massachusetts General Hospital (MGH) may have found a way to solve a problem that has plagued ligand-mimicking integrin inhibitors, a group of drugs that have the potential to treat conditions ranging from heart attacks to cancer metastasis.

In a Nature Structural & Molecular Biology paper receiving advance online publication, the researchers provide a structural basis for the design of new and safer integrin inhibitors.

Integrins are receptor proteins found on the surface of cells, and they determine whether cells adhere to adjacent cells and the surrounding extracellular matrix. Under normal circumstances, integrins only become activated — which allows them to bind to other cells or extracellular molecules — in response to specific signals from within the cell. If integrins become overactive, cells become too “sticky,” leading to clogged arteries, pathological inflammation, the excess tissue growth called fibrosis, or the spread of cancer. Current drugs developed to inhibit integrin activation by mimicking the shape of ligands (the molecules that interact with receptors) have had unintended effects in some patients, and as a result only a handful have received approval from the Food and Drug Administration.

“Integrins have an intrinsic ability to shape-shift when they switch from an inactive to an active, adhesive state,” explained Harvard Medical School Professor M. Amin Arnaout, director of the MGH Leukocyte Biology Program and the Inflammation and Structural Biology Program and senior author of the study. “Unfortunately, under some circumstances, the integrin inhibitors that have been developed to date can inadvertently induce this shape-shifting, and use of these drugs [has] produced serious, sometimes fatal side effects, such as excessive bleeding.”

In their search for drugs that would not induce these complications, the MGH team focused on an extracellular matrix protein called fibronectin, which binds to an integrin called αvβ3. Their detailed structural analysis of the bond between αvβ3 and various forms of FN10, the fibronectin molecule that interacts with it, identified a high-affinity version of FN10 that binds more strongly than the common form without causing unintended receptor activation.

This first report of the 3-D atomic structure of an integrin binding with a ligand-mimicking molecule that does not cause inadvertent activation could enable the design of a new generation of integrin inhibitors without the complications that have limited their application.

The co-lead authors of the paper are Johannes van Agthoven and Jain-Ping Xiong of the Structural Biology Program in the MGH Department of Medicine.  The study was supported by National Institute of Diabetes and Digestive and Kidney Diseases.