Seizing power from below 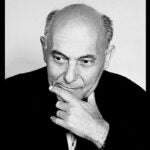 Before the baton, a red pencil

When Linda Gordon realized she “wasn’t good enough” to make it as a professional dancer, she hung up her ballet slippers and headed to college. There, she fell in love with the past.

Now an award-winning author and historian, she is working on a book about social movements of the 20th century while she’s a fellow at Harvard’s Radcliffe Institute for Advanced Study.

The turn from dance to history is just one of many professional shifts for Gordon during a long and accomplished career.

Her early academic epiphany came at the hands of an inspiring teacher who unlocked her passion for history with classes on the French Revolution and modern Russia. “I owe a whole set of interests to him,” said Gordon, who graduated from Swarthmore College in 1961 with a history degree and pursued doctoral studies in Russian history at Yale University. But while in the Soviet Union working on her thesis about the origins of Ukrainian Cossacks in the 15th and 16th centuries, she was denied entrance to archives critical to her research.

“I naively thought that if you go that far back in history, you would be avoiding the Cold War. But in the Soviet Union everything was political, and everything had to do with the Cold War.”

Later, during her first job teaching at the University of Massachusetts, Boston, she met people studying and researching American history, was influenced by the women’s movement, and realized she could study her field “in my very own country.” Gordon turned her focus from Russia to the United States and women and gender. Her early works examined issues such as how America has dealt with family violence, the country’s history of birth control, and the history of its welfare system.

Another shift was ahead, as Gordon transitioned from large policy studies of the past to more narrative-driven works that tapped her fascination with how “large historical forces intersect individual lives.”

In 2001, she penned “The Great Arizona Orphan Abduction,” an intimate look at the plight of orphans taken from New York City in 1904 and slated for adoption by Mexican-Americans. (Anglo-Americans, enraged that Mexican immigrants would be allowed to raise those children, ultimately seized them.) Her 2010 biography, “Dorothea Lange: A Life Beyond Limits,” is a portrait of the photographer whose searing black-and-white images vividly captured the suffering of the Great Depression.

Both titles won Gordon the Bancroft Prize for best book in American history in the years they were published.

At Radcliffe, Gordon, a professor at New York University, said she is shifting again, returning to the format of earlier works by examining a variety of social movements in the 20th century through a series of case studies. Her expansive tome will include chapters on the women’s and Civil Rights movements, and each chapter will be developed around a particular theme, such as community or identity-building.

One chapter focuses on a social movement she did not know in detail. Gordon has spent the last few months studying the Ku Klux Klan. “In the 1920s in the northern part of the United States, the Klan was truly a mass movement,” Gordon said, with large bases of support in states such as Oregon, Ohio, and Indiana.

By juxtaposing chapters on progressive social movements with one on such an extremist organization, Gordon, who holds the Matina S. Horner Distinguished Visiting Professor Fellowship at Radcliffe, hopes to shed light on the appeal of group action and social movements more broadly.

“Some of the reasons people are attracted to the Klan are not so different from the reason that people are attracted to other social movements,” said Gordon. “It provided people with a very strong sense of community, a feeling of belonging to something with like-minded people. But the Klan’s community was based on excluding and deriding black, Catholic, and Jewish people. I think it illustrates that democratic social movements, by contrast, work to create both community and inclusivity — a difficult but essential balance.”

Works of art may again play a role in Gordon’s forthcoming book. Sophomores Alasdair Nicholson and Cansu Colakoglu are helping her research the output of the roughly 30,000 federally funded artists who created paintings, murals, prints, and sculptures during the Depression. Gordon is particularly interested in the thousands of post office murals created during that time.

“My hypothesis … is that these artists felt themselves part of a social movement, contributing their visual skills to a social movement inspired by [President] Franklin Roosevelt to build a better America, to both beautify America but also to help America regain its confidence after this terrible economic crash.”

For Colakoglu, the project strikes a deeply personal chord. Last May she joined thousands of people in her native Turkey to protest the urban development plans for Istanbul’s Taksim Gezi Park. “It was just the most amazing experience of my life,” said Colakoglu, who attended the protests with her parents and plans to write her senior thesis on social movements. “That was the first time I thought things could change.”

The Photography of Dorothea Lange