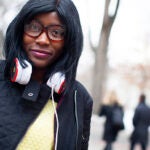 Harvard women’s basketball head coach Kathy Delaney-Smith earned career win No. 515 to become the all-time winning Ivy League head coach with a 69-65 victory over Yale tonight at Lavietes Pavilion. Until tonight’s victory, Delaney-Smith was tied with Pete Carril for the most wins by an Ivy League coach. (Carril was Princeton men’s coach, who went 514-261 with the Tigers from 1967-96.)

Delaney-Smith owns a career record of 515- 347 in her 32 years with the Crimson. She is one of six active Division I head coaches to spend 32 years at one institution. With the win, Harvard records its 11th 20-win season, all under Delaney-Smith.