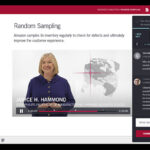 Harvard will now face No. 4 Michigan State on Saturday

SPOKANE, Wash. — Siyani Chambers scored five of his 11 points in the final 1:58 to lift the 12th-seeded Harvard men’s basketball team to a 61-57 win over fifth-seeded Cincinnati in the second round of the NCAA tournament on Thursday.

With Thursday’s win, Harvard improves to 27-4 overall, setting a new program record for wins in a season. The Crimson also becomes the first Ivy League team to win an NCAA tournament game in consecutive seasons since Princeton did so in 1983 and 1984. For full coverage of the game, including a video recap.

Harvard will now face No. 4 Michigan State on Saturday at 8:40 p.m. EST live on TNT. For coverage of Saturday’s game, visit the Crimson’s Tournament Central website.