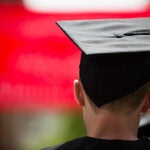 Michael R. Bloomberg, M.B.A. ’66, an entrepreneur and civic leader who built an information technology company into a global news and financial information service and served three terms as mayor of New York City, will be the principal speaker at the Afternoon Exercises of Harvard’s 363rd Commencement.

“Mike Bloomberg’s career represents a rare blend of public leadership, private-sector entrepreneurship, and powerful philanthropic engagement,” said Harvard President Drew Faust. “He has led one of the world’s great cities, built one of the nation’s most influential information services, and generously committed his attention and resources to worthy causes in public health, the environment, civic life, the arts, and — not least of all — education. I greatly look forward to welcoming him in May.”

Born in Boston and raised in Medford, Mass., Bloomberg received his B.A. from The Johns Hopkins University and his M.B.A. from Harvard Business School, and he has remained closely engaged with Harvard as an alumnus. The renovated Baker Library | Bloomberg Center is named in honor of his late father, William Henry Bloomberg, as is a professorship that was endowed in 1996.

He began his career with an entry-level job at Salomon Brothers in 1966, and quickly rose through the ranks to oversee equity trading and sales before overseeing the firm’s information systems. After the firm was acquired in 1981, Bloomberg founded a small startup that used emerging technology to improve the delivery of information to the buyers and sellers of financial securities. Today, Bloomberg L.P. has more than 300,000 subscribers to its financial news and information service and about 13,000 employees worldwide.

A believer in the power of philanthropy to improve people’s lives, he established Bloomberg Philanthropies, with areas of focus that include public health, the environment, government innovation, the arts, and education. His commitment to higher education is especially evident in his having given more than $1 billion to his undergraduate alma mater, Johns Hopkins, including particular support for the Johns Hopkins Bloomberg School of Public Health.

Elected mayor shortly after the Sept. 11 terrorist attacks destroyed the World Trade Center in 2001, Bloomberg made increasing public safety, as well as improving education and enhancing public health, key areas of focus when he took office. New York voters re-elected him twice. He stepped aside from the mayor’s office on Jan. 1.

Earlier this year, United Nations Secretary-General Ban Ki-moon appointed Bloomberg as special envoy for cities and climate change, looking to the former mayor to mobilize municipal leaders to respond to the threats from climate change.

“Mike Bloomberg is a prime example of someone who has done well and done good,” said Catherine A. Gellert, president of the Harvard Alumni Association. “I am sure that our alumni will be eager to hear from a member of our ranks whose career has had such a wide impact across the public, private, and nonprofit spheres.”

Bloomberg will speak on May 29 during Commencement Day’s Afternoon Exercises, which serve as the annual meeting of the Harvard Alumni Association. The exercises will take place in the Tercentenary Theatre of Harvard Yard, between Memorial Church and Widener Library.