A face is not a fish 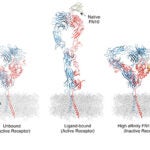 Solving the problem of shape-shifters

Research turns up clues to process behind recognition

When it comes to recognizing faces, humans are extraordinarily skillful. It’s no surprise — our brains are drawn to faces from the moment we leave the womb, and the average person sees hundreds of thousands of them over the course of a lifetime.

Among scientists, however, questions of mechanics remain divisive. Some researchers point to operations specialized just for faces. Others argue that the ability to recognize faces relies on the same brain mechanisms used in other areas of visual expertise — in recognizing birds or fish, for example.

Using tests conducted with patients suffering from prosopagnosia, or “face blindness,” Harvard and Dartmouth researchers have taken a step toward resolving the dispute.

As part of the study, published this week in the Proceedings of the National Academy of Sciences, patients with prosopagnosia matched controls in distinguishing between highly similar exemplars of new objects. However, when asked to learn a set of faces under the same conditions, the people with prosopagnosia performed poorly. The findings point to the idea that prosopagnosia is the result of damage to a brain mechanism devoted specifically to face processing.

“What we wanted to do was to test a key prediction of the ‘expertise’ hypothesis,” said Constantin Rezlescu, a postdoctoral fellow in psychology and the study’s first author. “The expertise hypothesis predicts that when there is impairment in facial processing, you should also see impairment in processing other objects of expertise, because if the mechanisms are the same, any damage should affect both faces and other objects. Our findings, however, show a clear dissociation between participants’ ability to recognize faces and their ability to recognize other objects.”

Rezlescu and colleagues trained two participants with face blindness to become experts in recognizing 20 computer-generated objects designed to engage the brain in the ways faces do.

Called greebles, the objects can be grouped into “families” based on their body types, and share a limited number of slightly different appendages arranged in a common configuration. To sort greebles, Rezlescu explained, participants must recognize those subtle differences, similar to the way humans recognize slight differences in faces.

“These are very commonly used in psychology,” Rezlescu said. “One of their major uses is to investigate this expertise hypothesis … because supposedly it only takes people seven to 10 hours of training to become expert at recognizing them.”

While most people can quickly identify greebles by family — each has a specific body shape — to become an “expert” requires recognizing individuals with equal speed. Differences between the participants with face blindness and a group of control subjects were unequivocal, Rezlescu said.

When it came to recognizing greebles, participants with face blindness performed as well as the control group. The pair struggled to recognize faces, however, and scored far below other participants.

He pointed out that the question of whether expertise acquired in the lab is truly equivalent to real-world expertise remains open.

“In the real world, you may have experience for 10 years or more with objects that you become an expert on,” he said, adding: “But it is important to note that a great deal of the evidence that was claimed to support the expertise hypothesis comes from studies involving greebles, and what we found is that cannot be true.”