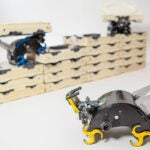 If you wonder why worldwide scientific consensus hasn’t yet quashed climate change denial in the United States, a panel this week at Harvard Kennedy School offered an answer: It’s the politics, stupid.

Persistent efforts to cast doubt on a scientific certainty have their roots in philosophical opposition to big government and government regulation, expressed in a fierce, expertly managed, well-funded campaign, participants said.

“It’s a story about government regulation, about organizations that take a position against government’s role in the marketplace,” said Naomi Oreskes, a history of science professor at Harvard.

Oreskes, co-author of “Merchants of Doubt” (2010), which looked at campaigns to discredit scientific data from tobacco to the ozone hole to climate change, said the current opposition carries strong echoes of the tobacco wars. For decades, tobacco companies used disinformation to combat increasing evidence that smoking caused cancer and other illnesses.

“It’s not just the same ideas, the same strategies, but the same people,” Oreskes said.

The panel, “Crossing the 2014 Climate Divide: Scientists, Skeptics and the Media,” was held Thursday at the Belfer Building. It also featured Suzanne Goldenberg, a science reporter covering the United States for The Guardian, and Peter Frumhoff, director of science and policy for the Union of Concerned Scientists. Cristine Russell, senior fellow in the Environment and Natural Resources Program at the Belfer Center for Science and International Affairs, served as moderator.

The underpinnings of the anti-climate change movement have given it political resonance, Oreskes said, because of ties to cultural traditions of independence, self-reliance, and small government.

“It becomes an argument about big government,” Oreskes said. “For Republicans in Congress and elsewhere, it’s not about climate change, it’s definitely not about science, it’s about government.”

The nature of the climate-change conversation has left reporters in a quandary, Goldenberg said. As it has become increasingly clear that denial is not rooted in science, reporters and news outlets committed to being fair to all sides have had to wrestle with how to treat the deniers, politically prominent but scientifically hollow.

Journalists find themselves operating in a “highly combustible atmosphere,” Goldenberg said, comparing it with her experience covering the Israel-Palestine debate, where reports and analysis are closely scrutinized and criticized. Her own writing on climate change is followed closely enough that she’s been called “warmist Suzanne Goldenberg.”

That climate change is occurring and is being caused by human activities has long been settled in the scientific community. Oreskes noted that scientists were certain as early as the 1960s and the evidence has mounted since then. She cited her own 2004 work, published in the journal Science, that examined peer-reviewed scientific articles on climate change to see how many departed from the mainstream consensus that human-caused change was occurring. A review of 1,000 articles found no disagreement. Overall agreement on the issue is at 97 to 99 percent, she said — about as close to perfect harmony as scientists can get.

“This is beyond reasonable doubt. This is not disputed in the scientific community.”

Though the ongoing debate in Congress is blocking meaningful national legislation to address climate change, it’s clear that deniers are losing the fight, Goldenberg said.

Leaders at the state and local level are already taking action, she noted, planning how to address sea-level rise, passing legislation that promotes renewable energy, and even approving regulatory schemes — such as California’s cap and trade program — that directly address greenhouse gases. Further, businesses are incorporating climate change predictions into their plans, and the evidence holds more sway with the public.

Still, scientists have to learn to communicate better and to respond to attacks, Frumhoff said, citing an article published before last fall’s Intergovernmental Panel on Climate Change report was released.

The article pointed out a “pause” in warming in recent years, an idea that scientists should have immediately refuted, he said. The pause was caused by what he called “cherry picking” the first year of the period, 1998 — unusually warm because of a strong El Nino. Nonetheless, much of the coverage dwelled on it, overshadowing crucial aspects of the report including findings that human-induced climate change was more certain than ever and that coming sea-level rise might be higher than expected.

Oreskes agreed that more training is needed by scientists and said that many have to change their view that dealing with the press is a chore to get past so they can get back to their “real work.” That attitude, she said, denies today’s reality that dealing with the press and with politicians is critical if science is to have a societywide impact.

“In a way, the scientific community is being very unscientific about the realities we face,” Oreskes said.

For the full panel discussion via video.