‘Orange Is the New Black’ star to share her story 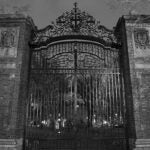 In the light of the night

Laverne Cox, the celebrated actress who has turned heads playing Sophia Burset, the imprisoned African-American, transgender woman in the critically acclaimed Netflix series “Orange Is the New Black,” will discuss her life and career with Harvard students on Monday.

Students will interview Cox before a live audience at 3 p.m. in Farkas Hall, 12 Holyoke St. Admission is free and open to the public; seating is first-come, first-served, subject to venue capacity.

Cox, who is considered a trailblazer, has a long list of firsts as a trans woman of color, including her leading role in “Orange Is the New Black”; appearing on an American reality show, “I Wanna Work for Diddy”; and producing and starring in her own television show, “TRANSForm Me.”

“As a trans woman of color, I’ve looked for my story in the media and I haven’t seen it, or I’ve seen sensationalized, exploitative images of trans women of color, where they’ve been victims of crime,” said Cox in an interview in Out magazine when she was named one of its OUT100 for 2013.

Cox has received accolades for her courage, tenacity, pioneering spirit, and acting. She was recognized by the Anti-Violence Project with its Courage Award.  The Huffington Post proclaimed her one of the top 50 trans icons.  Metro Source magazine chose her as one of its “55 People We Love.” The Massachusetts Independent Film Festival named her best supporting actress for her work in “Musical Chairs,” directed by Susan Seidelman.

Cox’s visit is sponsored by the Harvard Foundation, the Office for the Arts’ Learning From Performers, the Harvard College Women’s Center, the Harvard Gay and Lesbian Caucus, Queer Students and Allies, and the Office of BGLTQ Student Life.