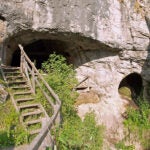 Whether human or animal, vertebrate or invertebrate, nearly every creature begins life as a tiny clump of cells. Before those cells can begin blossoming toward being a fully formed organism, however, they first must reorganize themselves into layers, each of which goes on to form complex structures such as internal organs, skin, muscle, and bone.

The signals that trigger that reorganization, however, have been largely a mystery, until now.

Scientists at Harvard have identified a previously unknown embryonic signal, dubbed Toddler, that instructs cells to move and reorganize, through a process known as gastrulation, into three layers: the ectoderm, mesoderm, and endoderm. The new signal is described in a Jan. 9 paper in the journal Science.

“We have been interested in this question for 20 years,” Alexander Schier, the Leo Erikson Life Sciences Professor of Molecular and Cellular Biology and senior author of the study, said of discovering the new signal. “We’ve made a great deal of progress in understanding how these cells are made, but we could never really explain why these cells suddenly start to move. This new signal is part of the answer.”

It’s an answer that, in some ways, was discovered by serendipity.

While investigating the possible functions of noncoding RNA — genetic material that isn’t translated into proteins — Schier and Andrea Pauli, a postdoctoral fellow in molecular and cellular biology, discovered an RNA segment, believed to be noncoding, that produces a previously unidentified protein.

“We serendipitously found this new protein,” Schier explained. “We have been interested in noncoding RNA for quite a while, but one of the big issues is how to be sure the RNA you’re looking at is really noncoding. What we discovered was that one RNA that was thought to be noncoding was actually translated into a protein that turned out to be very interesting.”

Using genetic tools, Schier’s team was able to remove the gene responsible for manufacturing the protein from zebrafish, and the results were startling.

Without the gene, the fish developed with dramatically smaller hearts, or sometimes none at all. Close examination of zebrafish embryos revealed that those developmental problems could be traced to problems with the cell motility in early stage embryos.

“The main function of this gene, we think, is to tell the cells to migrate,” Schier said. “Initially, the cells don’t move much, but when this signal and its receptor are activated, they become much more motile.”

Interestingly, the new signal is not the first known to activate the receptor. Earlier studies had identified another ligand for the receptor. But, Schier said, “There was always some suspicion that there might be something else out there. We think that Toddler is this other signal.”

Going forward, Schier believes that research will continue into how the Toddler signal controls embryo development in other species.

“The same signal is also expressed in early development in mice, and probably humans,” he said.

Other questions involve exploring exactly how the signal spurs cell movement, and how not receiving the signal impedes cellular mobility.

“We know if cells don’t receive this signal, they move less. But what does that mean?” Schier asked. “At the moment, we don’t know, in terms of movement, why they’re slower. Are they stuck somewhere? Do they not have enough traction? Do they move in a different way? We want to understand the physics of this cellular movement better.

“The thought in the field — and I was one of the people who believed this — was that all the signals that regulate early development had been found,” he continued. “The discovery of Toddler suggests that other uncharacterized signals might still be out there.”