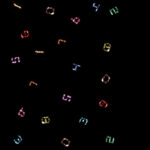 When food shoppers bring their own sacks, their purchases are both more and less healthy, study says

A few years ago, grocery shoppers had just two options when deciding how they wanted to carry out their purchases. Today, while most stores still offer free bags, many shoppers bring their own as a way of being “green.” Many stores have encouraged the shift to reduce waste and energy consumption, and to recognize the burgeoning movement to ban disposable plastic bags.

But carrying rumpled canvas totes and recycled cloth bags may do more than make for an environmentally friendlier trip home from the store. Startling new research from the Harvard Business School (HBS) suggests the bags also exert a surprisingly powerful influence over what products people buy.

Shoppers bringing reusable bags are more likely not only to load up on organic and “green” goods than those who use the free paper or plastic bags provided by the store, but also more likely to spend more on indulgent, not-so-healthy foods such as ice cream, cookies, and chips, according to Uma R. Karmarkar, assistant professor of business administration at HBS, and Bryan Bollinger, assistant professor of marketing at New York University’s Leonard N. Stern School of Business, who co-authored the HBS working paper.

The study found that reusable bags prompt shoppers to ramp up their consideration of environmentally responsible and organic products as they roam store aisles, while simultaneously triggering what’s called a “licensing effect,” when people reward or indulge themselves for having taken a positive or virtuous action.

Karmarkar said the researchers were surprised to find that the influential effect of bags appeared not to be causal, but worked in tandem, pushing shoppers in seemingly opposite directions at the same time.

“We thought that it was possible … that bringing your own bag might encourage you to buy more organic or environmentally friendly items. I think the interesting part is that, in addition, you are also doing something that seems on the surface of it to be inconsistent, that you’re sort of being good in one domain and allowing yourself to be a little bit bad in another,” she said. “It seems like the bag is ground zero for both effects. Both things are happening due to some element of bringing that bag.”

The study said “it seems that shoppers indulge themselves most when situational factors help them feel more deserving and less guilty about doing so.”

Using scanner data from an unnamed major grocery retailer in California, the study analyzed just over 936,000 transactions completed between May 2005 and March 2007, from a sample of almost 6,000 households of frequent shoppers.

Additionally, three experiments to find out what psychological factors drive purchasing decisions were conducted. Survey participants were asked how they thought bringing their own bag might affect their shopping decisions; they looked at how bringing reusable bags influenced shoppers’ willingness to buy organic and indulgent treats when presented with both options simultaneously; and finally, they examined how price might affect such purchases.

In one test, would-be shoppers were asked to imagine being in a store preparing to buy groceries for the week. Some were told they had reusable bags with them, but others were not. The shoppers were asked to list the 10 items they’d be most likely to buy. They were scored based on the number of treats they selected that were high in fat, sugar, or salt. The test subjects without dependents listed “significantly more” indulgent items when they envisioned bringing their own bags, the results showed.

While getting customers to bring their own bags should be good for a grocer’s bottom line, how they’re approached to do so is critical. If stores require their use or “punish” shoppers who don’t bring their own by charging for bags that were once free, the power of reusable bags to influence spending on treats weakens, the study found.

“If you have a store that has a policy that it only uses reusable bags, then bringing a bag isn’t you choosing to do something good, it’s you meeting the rules and expectations of the store, which means the cookie goes to the store,” said Karmarkar. “The bag no longer represents something that you did proactively that was positive.”

Grocery stores have long fascinated market researchers because food shopping is a ubiquitous activity that cuts a broad demographic and socioeconomic swath, and frequently involves simple and complex decision-making, offering researchers many opportunities to study why people make unplanned purchases.

Although bringing bags with you to the grocery store has become more commonplace in recent years, to date there’s been little or no literature about its sway, Karmarkar said.

Shoppers have to make decisions with “so many different competing goals at the same time. Even the way you buy a single item: You could be buying it to refill something; you could be buying it for a specific recipe; you could buy it because it catches your eye,” she said. “So there are all of these different influences. And having data from a grocery store that really allows us to test something as subtle as changing your routine a tiny bit in this pro-social, pro-environmental way could potentially still influence the way that you make decisions, even with all of this stuff going on.”

One key area, besides price, where reusable bags seem to lose their power to drive shopping choices is when children are part of the equation, the study found.

“The interesting thing about kids [is that] there are so many more factors on your shopping trip that you need to keep in mind when that influence is present,” said Karmarkar, noting that the bags’ influence held sway over individuals but seemed to be eclipsed when shoppers made choices with their responsibilities to children in mind. “You could imagine that having children, that you might want to shop for more healthful products. But you could also imagine that if you had children you might be more likely to buy indulgent products that you as an adult may or may not have considered.”