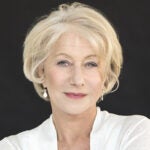 Emmy winner has been chosen by Harvard's Hasty Pudding Theatricals

The awards are presented annually to performers who have made lasting and impressive contributions to the world of entertainment. Established in 1951, the Woman of the Year Award has been given to many talented entertainers, including Katharine Hepburn, Jodie Foster, Elizabeth Taylor, and Meryl Streep. Past winners of the Man of the Year Award include Tom Cruise, Anthony Hopkins, Steven Spielberg, and Justin Timberlake.

The Man of the Year festivities will take place Feb. 7. Hasty Pudding Theatricals will host a celebratory roast for Harris and present him with his Pudding Pot at Farkas Hall, Hasty Pudding’s home since 1888. Following the roast, Hasty will present the opening-night performance of its 166th production, “Victorian Secrets.”

“I assume this is for that pudding-wrestling competition I won last April … right?” said Harris. “It was dark and seemed quite seedy at the time — I’m stoked that it’s connected with Harvard. Fancy! Can’t wait!”

“We are pleased to present Mr. Harris with our Man of the Year Award honoring his distinguished contributions to the arts and entertainment industry,” said Tony Oblen ’14, president of Hasty Pudding Theatricals. “With his enviable reputation as a host and showman, we look forward to hosting Mr. Harris for an entertaining and unforgettable evening to recognize his achievements.”

Equally successful on stage and screen, Harris currently stars as Barney Stinson in the CBS television series “How I Met Your Mother,” a role that has garnered him multiple Emmy and Golden Globe award nominations. He is a four-time Emmy Award winner for his guest-starring role on “Glee” and as host of the 63rd, 65th, and 66th Tony Awards. In addition to his numerous film and television credits, Harris has enjoyed success in the theater. He will make his return to Broadway in this spring in a production of John Cameron Mitchell and Stephen Trask’s 1998 musical, “Hedwig and the Angry Inch.”