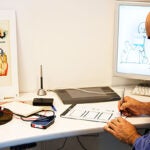 The Harvard men’s basketball team used a 16-2 run to pull away in the second half as it forged a 61-45 win over Dartmouth Saturday at Lavietes Pavilion.

Brandyn Curry ’14 scored all of his team-high 17 points in the second half, including eight during the decisive run. The senior was 7-of-10 from the field after the intermission, and added six rebounds and six assists. Steve Moundou-Missi ’15 went for 16 points and was a perfect 8-of-8 from the line, with Evan Cummins ’16 notching eight points off the bench.

Harvard (14-2, 1-0 Ivy League) forced 18 turnovers on the day, scoring 24 points off the Big Green miscues. Harvard extends its home win streak to 17 games with the victory, matching Kentucky for the sixth longest home win streak in the country. The Crimson will play their next two games away, then host Princeton and Penn, perennial Ivy powerhouses, on Alumni Weekend, Jan. 31 and Feb. 1.