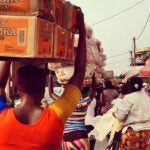 On Tuesday, Cass Sunstein, a member of a five-person advisory panel created by President Obama to make a sweeping review of U.S. surveillance activities, discussed the group’s efforts and the 46 recommendations it released last month, including major reforms to the way the intelligence community does business.

“We did have a shared, unanimous belief,” Sunstein told a crowd at Harvard Law School, “that reforms are highly desirable.”

Sunstein, former administrator of the White House Office of Information and Regulatory Affairs, examined some of the committee’s key recommendations, top among them the suggestion that compiling telephone metadata — information about whom a person called and when — be taken out of the hands of government and placed with either phone companies or a new, private entity.

“Our recommendation is not that the phone companies should all of a sudden start storing the metadata. … They already have it. They store it.”

The committee took the position, explained Sunstein, that the risk associated with private maintenance of the data is better than the risk of a government compiling communications information and possibly using it to “entrench itself or to punish people.”

Sunstein, Harvard’s Robert Walmsley University Professor, said that while the risks from the government holding such data is small in the current environment, over the course of time it might not be “small enough to be comfortable.”

“Our tradition is [to be] particularly nervous about state action that threatens privacy or politics, and that is probably a good tradition to be able to be part of,” he said.

When it comes to listening in on the heads of other countries “we are in tension with,”  Sunstein said the group recommended that people outside the intelligence community be involved in the process to help manage and gauge the risks of such work. Members of the intelligence community should be in the room, said Sunstein, but so should other high-ranking government officials. “A wide assortment of people with different concerns should be there.”

Another recommendation countered the “need to share” approach adopted by the intelligence community in the aftermath of the attacks of Sept. 11, 2001.

That philosophy, the panel worried, has given a wide range of people in recent years access to material unrelated to their work, material they could potentially use “to compromise any number of interests,” said Sunstein.

Instead, he said, the panel suggested that classified material be shared only with those “who by virtue of their work need to know” it. In addition, he said, people with access to confidential information should be re-vetted periodically, “to make sure they aren’t developing risks in terms of their loyalties and their commitments.”

Sunstein said the committee’s review process was inclusive. It involved a public-comment period and meetings with representatives from the private and public sectors, including officials of the Federal Bureau of Investigation, the Central Intelligence Agency, and the National Security Agency (N.S.A.). The discussion was also based, he said, on a number of principles meant to help to organize their recommendations, including the notion that “there are some things that are off limits.”

“Suppressing dissent, intruding into people’s private lives, or compromising people’s religious liberty … are illegitimate grounds for action, and they can’t be invoked as a basis for surveillance,” he said.

Sunstein was wary of critics who say that the N.S.A. wants to “sweep stuff up.” He noted that even his colleagues on the panel who are well-versed in issues of civil liberty and privacy were “impressed by the N.S.A.” and its openness in helping think through important reforms.

Sunstein said he found it “pleasing” that it’s impossible to discern how people will side on any one of the committee’s 46 recommendations purely based on their party affiliations.

“That is a challenge in a way because you don’t have prebaked alliances on which you can build. But it’s also a great opportunity for the United States, for the first time really in a long period, to put our operations in this domain on a very firm footing that will make it less necessary, or at best unnecessary, for us to have the kind of heat that we have seen over the last years.”

When asked if he thought there would have been a presidential review panel if the security case involving Edward Snowden, the intelligence contractor who publicized a trove of sensitive government documents, didn’t exist, Sunstein offered the noontime crowd a little humor.

Cass Sunstein on 'Liberty and security in a changing world'