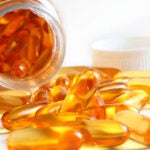 Harvard scientists show that much lincRNA, which was believed useless, plays role in genome

Ever since the Human Genome Project decoded the genome, the prevailing scientific view has been that only the 2 percent that makes proteins — the building blocks of cells — was important. The rest was deemed not functional, or “junk.” But from his days in graduate school, through his postdoctoral fellowship, and now as a Harvard Stem Cell scientist, John Rinn has been digging through the genome, challenging that prevailing belief.

Now, Rinn and his Harvard Stem Cell Institute colleagues, including neurobiologist Paola Arlotta, have carried out an elegant and important experiment in which they have demonstrated that much of what had been dismissed in fact plays as vital a role as protein-coding genes.

Rinn and his colleagues have generated 18 strains of mutant mice, removing from each a different piece of “junk” genome, or so-called long intergenic noncoding RNAs (lincRNAs). If the lincRNA truly had been “junk,” nothing should have happened.

What the researchers found was the opposite. Obvious defects were observed in seven of the 18 mutant strains. Three died shortly after birth, and there is reason to believe many others also are defective. The authors reported these and more findings in the new online journal eLife, initiated by the Howard Hughes Medical Institute, the Wellcome Trust, and the Max Planck Institute.

Martin Sauvageau, Loyal Goff, and Simona Lodato, the lead authors on the study, say it will take years to study all the mice, but an initial global characterization determined that seven had obvious defects, including early death, inadequate size, and lung and brain defects. Others had problems that were more subtle.

“There has been a lot of skepticism whether these long noncoding RNAs are important for living organisms,” said Rinn, “but you can’t say this is junk without testing it. The question will always be what percentage is junk, and what’s functional. But what we need to do is look at lincRNAs with the same careful focus we’ve applied to protein-coding genes, using genetics to characterize them, and see what role they play on a molecular and organismal scale.”

Rinn and Arlotta see their collaboration as unusual and yet indicative of how the Department of Stem Cell and Regenerative Biology, in which they are both faculty members, brings together scientists of disparate backgrounds and interests.

“How do a neuroscientist and an RNA biologist come together?” Rinn asked rhetorically. “That’s the story of our department: two scientists coming together to do something neither would have done on their own. And our labs have become seamless. That’s something the department aims for.

“I’m a geneticist who had never worked with mice. Paola is a neuroscientist who had experience with mice, but for whom this kind of genetic experiment was new. But she has a history of being a classic neurobiologist who takes risky, successful technological leaps. This set of experiments constituted a huge risk for both of us, and for the postdocs who did the work,” Rinn said.

“We got into this because we thought these [lincRNA] molecules could be another layer of explanation of how a tissue as complex and mysterious as the brain is made,” said Arlotta. “And indeed we found that these are key molecules for brain development.”

The lincRNAs control the stem cells that give rise to a “particular class of neurons … that are important in the expansion of the brain, in the part that controls intelligent behavior, cognition and perception, the part of the brain that makes us,” Arlotta said.

“When we removed the specific lincRNA, we looked at the mouse brain and the progenitors were reduced. As a consequence probably, the population [of neurons] that sits on top of the cerebral cortex are reduced … It’s likely that in the future we’ll see a number of studies showing that other lincRNAs are involved in specific behaviors,” Arlotta said. “The brain likes this junk RNA.”