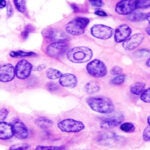 Four stunning creations back on display in Glass Flowers gallery

It’s a tight fit, so it’s tough to get in and out without getting covered with dust.

That’s the point, of course, if not to the bees crawling in search of nectar, then at least to the Salvia blossoms seeking to dust the bees with pollen.

The pollination of pale-purple Salvia flowers by a bee, rendered in glass and in exacting detail, is one of four pieces that are back on display at the Harvard Museum of Natural History’s Glass Flowers gallery after a long absence.

The additions, part of the famed collection painstakingly created by glass artists Leopold and Rudolf Blaschka between 1887 and 1936, are being shown for the first time in a decade and provide visitors with a glimpse into the museum’s back rooms, which hold vast research collections as well as hundreds of additional pieces from the Glass Flowers collection.

“Only four pieces went back on display, but they’re really spectacular models,” said Jennifer Brown, collection manager for the Ware Collection of Blaschka Glass Models of Plants, as the set is formally known.

Visitors to the gallery are often amazed by the accuracy and delicate detail of the specimens, 3,000 of which are on display in glass-topped wooden cases. But Harvard University Herbaria co-Director Donald Pfister, the Asa Gray Professor of Systematic Botany and interim dean of Harvard College, said that the life cycle and evolutionary story told in the pieces depicting the bee’s pollination of Salvia is one that is repeated — though not depicted — for the other plant models on display.

The story, Pfister said, is not just about a plant’s life cycle and its relationship with pollinators, but also shows an evolutionary dance of pollinator and flower that has, over time, resulted in physical changes in the plant to accommodate the pollinator.

A close look at the different pieces shows not just a bee climbing into a Salvia flower, but also how the blossom’s stamen comes into contact with the bee’s back, distributing pollen as the bee moves inward. When the bee moves to another flower, the pollen-accepting style, which leads to the ova that the pollen fertilize, is positioned to accept pollen from the bee’s back.

That fit, Pfister said, is a result of co-evolution that has occurred over millions of years, as the flowers adapted to their ideal pollinators. The system also evolved to encourage out-crossing, the mixing of genetic material from generation to generation.

“Flowers evolved for a specific set of pollinators,” Pfister said. “There is a strategy playing out here that enhances the chance for reproductive success.”

Pfister encouraged visitors to think not just about the bee-Salvia connection as they view those models, but about the stories of other plants, and to envision how different flower types might be pollinated.

“All of these fantastic forms in the rest of the gallery … You can make a story out of each of these models,” Pfister said.

The other additions to the gallery include another from the collection’s pollination series, showing a bee pollinating a bright-yellow Oxalis flower, as well as two from the collection’s rotting-fruit series, which depicts diseases of fruits in the Rosaceae family.  The specimens from that series show a branch of an apricot tree with both healthy fruit and fruits shriveled from an attack by brown rot. The last piece is a branch of an apple tree similarly afflicted, but by the black splotches of apple scab.

The pollination and diseased-fruit specimens are representations of entire series held behind closed doors. There are 25 other pieces in the pollination series and 61 in the rotting-fruit series. Most of those on display in the gallery are from a series illustrating systematics, or how plants are related to each other.

The new exhibits were put together by Brown, who wanted to give visitors an idea of the collection’s scope, including items not on display. Since the gallery is full, she didn’t have much room to work with. She added two display cases, borrowed from the nearby Peabody Museum of Archaeology and Ethnology, that match the simple wooden style of the gallery’s existing cases, and picked what she viewed as interesting, robust specimens that would catch the public’s eye.  She plans to use the cases to rotate specimens into the public exhibition.

“I wanted to use the opportunity to showcase models from the insect-pollination series and rotten-fruit series,” Brown said. “People do ask where the ‘big insects’ or ‘rotting apples’ are.”

Moving the specimens is a delicate process, Brown said. The specimens are made of glass, though some have internal wire reinforcements. Brown recalled slowly rolling a cart holding the apricot specimen to the gallery and watching cautiously as small vibrations from the moving cart made the leaves quiver.

Brown, who has been on the job for about two years, came to the position from a glass artist’s studio and said she is accustomed to handling fragile, one-of-a-kind pieces.

The four additions have been off display since a renovation 10 years ago. Two of them have been shown elsewhere: the apple model at the Andy Warhol Museum in Pittsburgh in 2004, and the yellow Oxalis at the Corning Museum of Glass in Corning, N.Y., in 2007.

The collection was created for educational purposes, to provide 19th-century students with specimens through which to understand plant form and function at a time when the main alternative, particularly during winter months, was textbook illustrations and the Harvard Herbaria’s dried, flattened specimens.

Though students today also have photographs, color illustrations, digital representations, and other resources at their disposal, Pfister said he still uses the collection for teaching. Though the Glass Flowers are now considered as much artistic treasure as botanical teaching tool, one strength has always been their accuracy. To a botany instructor, Pfister said, the collection also has another attraction: The plants are always flowering.

“It’s like going out into the field and finding everything in bloom all the time,” Pfister said.