Fighting disease on a global scale 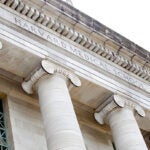 The idea that the wave of diabetes, heart disease, and cancer breaking over the world is largely the result of wealth and inactivity is not only wrong, it’s counterproductive, says a Harvard research fellow who recently founded a nonprofit organization to fight disease.

In the past, such noncommunicable diseases have been attributed to lifestyle because of their links to high-calorie diets in wealthy, increasingly sedentary industrialized nations. But Alessandro Demaio, a fellow at the interfaculty Harvard Global Equity Initiative, takes issue with that description.

Instead of wealthy Western businessmen, he says, the typical person suffering a noncommunicable disease today is a woman under 70, living in poverty, most likely in Asia.

Demaio sees noncommunicable diseases as likely to be high on the global health agenda after 2015, the deadline for achieving the Millennium Development Goals, which have guided global health efforts since their establishment in 2000.

In the fall, Demaio and a handful of others, both at the Harvard School of Public Health and outside the University, started a global nonprofit, NCDFREE. As part of its effort to raise awareness about noncommunicable diseases, it hopes to find young leaders to work at the local level, and to make “NCD” a household term, much as AIDS/HIV has become over the past 25 years.

The nonprofit is using a combination of Web savvy and old-fashioned face-to-face meetings to promote change. Financed partly through a successful crowd-sourcing campaign and with seed funding from the Harvard Global Equity Initiative, members have traveled to Mongolia and Ghana to create videos of “change makers” producing results against noncommunicable diseases.

The videos were shown as part of launch events held in September in both Boston and Melbourne, Australia, which also featured TED-style talks and artist performances. The organization has also created a crowd-sourced film about NCDs for the World Health Organization, using cellphone-camera clips. NCDFREE estimates that its message has reached a million people.

Felicia Knaul, associate professor of global health and social medicine and head of the Harvard Global Equity Initiative, said that although Demaio is based at HGEI, he works largely independently. She described him as dynamic and good at bringing people together.

Noncommunicable diseases have become the leading health problem in most nations, Knaul said, with the exception of the poorest, where inefficient or absent health care systems provide little protection against infectious disease.

Though advocacy to fight noncommunicable diseases is clearly important, NCDFREE goes a step beyond advocacy to capacity-building, Knaul said, by raising the profile of “change makers” and helping them get further training.

The nonprofit is “very good at giving the microphone to smart people with good ideas from developing countries,” she said, adding that its leaders are taking a broad approach that avoids the “only my disease counts” problems that have plagued some past efforts.

“That’s the right approach,” she said.