Saving tortoises by a hair 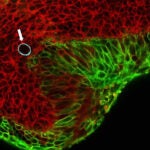 Tests show how Galapagos species, thought extinct, may not be, so restoration can follow

The whalers, buccaneers, and other seafarers who plied the Pacific in centuries past brought rats, goats, and pigs along with them, seeding the islands they came across — intentionally and unintentionally — to establish food supplies for future voyages.

While much of the destruction of Pacific island flora and fauna can be traced to those too-successful invaders, recent studies of Galapagos tortoise genetics shows that, perhaps in one case, the mariners’ resupply practices preserved species.

Studies show that tortoise populations on a Galapagos island frequented by mariners contain hybrids representing two species now extinct on their home islands. Since the tortoises, which can live for months without food or water, were an important food supply for mariners, it is likely they were bought there from other islands to boost the population in a location easily accessible for resupply, according to researcher Michael Russello.

Russello, an associate professor of biology at the University of British Columbia, has spent the fall as Hrdy Visiting Fellow in Conservation Biology in Harvard’s Department of Organismic and Evolutionary Biology. He discussed his work and that of other researchers Monday during a talk sponsored by the Harvard Museum of Natural History, one of the Harvard Museums of Science & Culture (HMSC), in the Mineralogical and Geological Museum. He was introduced by HMSC Executive Director Jane Pickering.

The Galapagos tortoise is famed for its immense size and long life. Individuals have topped 500 pounds and stretched more than 5 feet long, and some have been known to reach 150 years old. Before humans arrived on the islands and tortoises began disappearing, they were the top herbivore, shaping the local environment with their slow, deliberate browsing.  Their ample flesh, hardiness, and inability to escape, however, made them nearly a perfect food for sailors stopping at the islands during Pacific voyages, and hundreds of thousands were taken. Island inhabitants, meanwhile, also hunted the tortoises for meat, while the goats they introduced destroyed the vegetation on which the tortoises relied and rats killed many tortoise hatchlings.

Research shows the tortoises arrived at the Galapagos about 3 million years ago, likely riding a vegetation raft from the South American coast 600 miles away. They probably arrived first on the oldest islands, San Cristobal and Espanola, and developed into new species after their populations became divided, both by dispersing to other islands and after geologic processes and sea-level change divided the larger islands on which they lived.

The result is 15 described species, many limited to a single island. Until last year, four species had gone extinct. The death of Lonesome George, the last known representative of the Pinta Island species, in 2012 added a fifth to the extinction list.

But that was before genetic exploration of the population on Volcan Wolf.

Located at the northern point of Isabela, the chain’s largest island, Volcan Wolf is an ideal tortoise habitat and readily accessible to passing ships. The initial genetic investigation turned up hybrids with bloodlines from two islands whose populations were thought extinct: Pinta and Floreana, Russello said. Further, some were likely first-generation hybrids, the offspring of purebred individuals. They also seemed to be plentiful, with 11 hybrids found out of just 27 individuals sampled.

The findings prompted a larger 2008 expedition, in which teams sampled 1,669 individuals, drawing blood, noting the locations, and marking the tortoises so they could be monitored after analysis. The work found 84 hybrids of Floreana ancestry — of which 30 were less than 15 years old — and 17 with Pinta ancestry.  A follow-up expedition is planned for next year to search the area where those populations were concentrated, hoping to find pureblood individuals and bring them to a captive breeding center on Santa Cruz Island. If all goes well, those individuals will serve as founders of a restored population.

“Human activity may have led to the preservation of lineages of species thought extinct,” Russello said.

Russello’s work doesn’t end with wild populations. He and colleagues have conducted genetic tests of captive tortoises in zoos around the world, finding that most belong to the species found on Santa Cruz. An examination of tortoises held at the Santa Cruz breeding center turned up a pleasant surprise, however: nine more with ancestry tracing to Floreana Island.

The hope of restoring tortoises to their ancestral islands has historical precedent, Russello said. Tortoises on Espanola, reduced to 14 individuals by hunting and habitat destruction from introduced goats, were brought into captivity, bred, and reintroduced on the island beginning in 1975. Coupled with a campaign to eradicate the goats, the captive-breeding program resulted in a population that now totals 2,000 individuals and is breeding naturally again.

A similar approach resulted in partial success on Pinzon Island, Russello said. Though thought extinct in the early 20th century, Pinzon tortoises held on. Introduced rats, however, killed hatchlings, meaning no young turtles were making it into the population. A program begun in 1965 held hatchlings until they were 4 or 5 years old and safe from rats before reintroducing them to Pinzon. The population has reached 258, and scientists are awaiting the results of a rat-eradication campaign conducted earlier this year in hopes that natural breeding can resume.