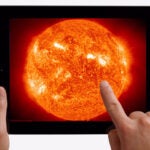 For anyone hankering to join an upside-down basketball fantasy league, Harvard seniors Henry Clausner and Neal O’Hara can help.

The government concentrators developed the software underlying the “Bad Basketball” league during a marathon, 21-hour session closing out a semester’s work in the course CS50, which provides an introduction to computer science for budding programmers as well as for students, like Clausner and O’Hara, whose futures lie elsewhere.

“Everyone’s taking it, everyone’s learning it. It’s so necessary for so many professions,” Clausner said of the coursework.

Clausner and O’Hara, whose “Bad Basketball” league urges participants to draft the worst team in modern history, showed off their creation on Monday in the annual CS50 Fair in the basement of Harvard’s Northwest Laboratory Building.

Laptops clogged tables that filled the expansive space while students stood nearby, ready to explain and demonstrate the computer programs, Web pages, and mobile apps developed during a semester of learning and doing.

The fair, an end-of-semester tradition for CS50, had something for everybody: free candy, popcorn, and cotton candy; thumping music; a video game on a giant touchscreen; even squeezable stress balls for anyone the hubbub made anxious.

“Our directive to [the students] isn’t so much innovation as it is problem-solving, creating something of interest to them that addresses a need they or someone else has or, as we like to say, changing the world,” said David Malan, the course’s lead instructor. “Any of these are valid projects.”

CS50 is Harvard’s second-largest undergraduate offering, Malan said, with some 700 students taking it this fall, including some from Harvard’s graduate schools. The course has more than 100 staff members in it and, in addition to those taking it as a traditional campus course, another 150 took it through the Harvard Extension School. Some 150,000 enrolled worldwide for last year’s online offering through Harvard’s collaborative edX venture.

The course’s attraction, Malan said, is that students are “interested in understanding the increasingly technological world around them. I think it’s a very empowering field. It allows you to use a computer you’ve had on your desk for years to actually create something, not just use something someone else created. I think it’s a lot of fun. It’s a very visual world, a very audio world, a very interactive world, and it’s fun to make things.”

The fair, which ran through the afternoon, drew hundreds, perhaps thousands to the Northwest Lab. By early afternoon, Malan said, the crowds appeared similar to last year, when 2,200 people visited.

Beyond Monday’s flash was plenty of substance. Projects ranged from the functionality of interactive campus maps created by freshmen Laura Chang and Avinash Saraf to the musically rocking “DJ50: Music You Can See.” Created by sophomores Jessica Ewald, Katja Lierhaus, and Eliza Hale, “DJ50” combines two functions. The first is an app that saves partygoers from having to shout song names to a DJ over a party’s din. Instead, it facilitates sending songs directly to the DJ’s email address. The second function connects a set of lights to the music, allowing them to flash to the beat.

Though popular, CS50 is also tough. In addition to two lectures and a weekly breakout section, students have to complete problem sets that take an additional 10 to 20 hours a week, and an end-of-semester project. Ewald said the problem sets, while challenging, taught her as much, if not more, than the lectures themselves.

Damien Rudzinski, an Extension School student, said he was surprised at how challenging the course was, even for someone like him who has worked in the tech industry. “It’s an intense and extremely demanding course,” he said.

Rudzinski, a tech consultant and a teacher at Year Up, a nonprofit that provides skills training and college credit for talented but disadvantaged young adults, decided to use his project to answer a Year Up need. He created a video game that parallels the contract Year Up students must sign when they join the program. The several-page contract outlines behavioral and programmatic goals and expectations, as well as a 200-point system of merits and demerits that, if a student gets to zero, can result in dismissal. The game, Rudzinski said, provides a creative way for students to familiarize themselves with the contract’s details.

Rudzinski completed three of his intended 21 game levels and tested it on students in his class, who liked it. He hopes to continue work and offer it to Year Up’s national organization within a few months.

Though he has a business focus, Kareem took the course because he believes that more than a passing familiarity with computers is important in today’s business environment.

“We all know the world is moving in that [increasingly technical] direction. It’s like learning how to write well,” Kareem said. “This class brought me from zero to a lot in a short period of time.”