The fame of The Game 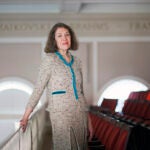 Harvard, Yale face off in football for 130th time

Harvard heads to New Haven on Saturday to play rival Yale in the 130th edition of the football matchup known simply as The Game. Year after year, the game draws alumni from both schools from all corners of the globe. The long Harvard-Yale rivalry in college football is surpassed only by Lehigh-Lafayette (147 meetings) and Princeton-Yale (134).

The Game is traced back to Harvard’s 1875 victory on Yale turf. In 1894, following a game known as the “Springfield Massacre,” which saw seven players carried off the field in “dying condition,” Harvard and Yale broke off relations. Each blamed the other for the contest’s unprecedented brutality. The schools didn’t meet in football for two seasons, while the baseball, crew, and track and field teams avoided each other for one.

But the allure of competition was too great, and by 1897 the schools were back at it. The Crimson newspaper welcomed the resumption: “Forgetting the past and resolving a generous open-handed rivalry for the future, Harvard joins hands with Yale and welcomes her heartily and joyfully to her old place as Harvard’s nearest and dearest foe.”

By 1898, the football game had relocated to its now-familiar and permanent perch as the final contest on each school’s docket. Entering this year’s game, Harvard is 8-1, 5-1 in the Ivy League, while Yale is 5-4, 3-3 in league play. Harvard would have to win and Princeton would have to lose for the Crimson to take a share of the Ivy title.

Last year Harvard nabbed its sixth straight win in The Game, 34-24. This year’s game starts at noon and will be broadcast live on NBC.

Harvard’s Alumni website offers 13 reasons to be at the 130th playing of The Game. Can’t make it to Connecticut this year? You can still watch it on TV or online, as one of the longest-running rivalries in college football take to the field at noon Saturday. For updates and game coverage, visit gocrimson.com.