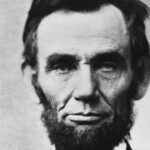 In history, the Egyptian Queen Nefertiti is depicted as a powerful, independent woman. Her bust, on display at the Neues Museum in Berlin, is one of the most reproduced works of ancient Egypt.

But Jacquelyn Williamson, visiting lecturer on women’s studies and Near Eastern studies and women’s studies in religion program research associate at Harvard Divinity School (HDS), suggests that Nefertiti wasn’t quite who people imagine she was, and eventually was revered as something of a sex goddess.

Nefertiti is “often represented as a powerful and independent figure,” said Williamson, and has a “reputation as being a uniquely strong queen.”

“I expected images of her smiting the heads of the enemies of Egypt, an act usually reserved for the king,” said Williamson, who has identified a temple that she believes was the queen’s. “She is shown in the tombs of the elite at Amarna at a natural height to the king.”

Amenhotep IV became king when Egypt was wealthy and its empire was strong, covering territory from as far north as Syria to as far south as Sudan. He worshipped the sun god Re, whose visible manifestation in the daytime sky was known as the Aten. He gave this god prominence. When Amenhotep took the throne, he became Akhenaten, or “one who is effective for the Aten.”

Akhenaten married Nefertiti early in his reign. She wasn’t a royal, but was most likely the daughter of nobles. Then came the changes. Akhenaten created a religion that worshipped a single god. He declared all gods except Aten to be false. Akhenaten denounced the belief systems of his people, including their burial rites. He eradicated the names and images of other gods, including the god Amun.

Aten, Williamson explained, was once represented as a man with the head of a hawk and a sun for a crown. Akhenaten changed him into a “hovering sun disk with rays of light streaming from it. Each ray of light had a hand, which upheld Akhenaten” and Nefertiti. Aten’s blessing was depicted as being for the king and queen alone. Akhenaten had a new city built for his family and his god at Tell el-Amarna.

The queen’s traditional role was to assist and support her divine husband’s rule. Queens were also associated with Maat, “a goddess and concept that governed the way the universe functioned,” and with Hathor, “a goddess of sexuality, fertility, and rebirth.”

“Queens, through their semi-divine magical fertility, are celebrated for their ability to offer rebirth to the king and the cosmos, thereby ensuring eternal life,” Williamson said. “Female goddesses were essential to the rebirth of the cosmos, which Egyptians believed happened every day at dawn.”

Under Akhenaten’s reign, Nefertiti and her daughters took the place of those goddesses, and “were perhaps all used to satisfy the need for a female divine presence associated with sexual rejuvenation.” Nefertiti wore the crown of Hathor, elevating her status “as a sex goddess, able to manifest the regenerative power of sexual rejuvenation.”

Nefertiti also took the position of Isis on the king’s sarcophagus. Traditionally, the goddess Isis embraced these tombs, but she was replaced at this time by Nefertiti. Thus the queen became the embodiment of the goddess Isis’s magical and sexual abilities.

Williamson presented her findings at the HDS lecture “A Sex Goddess and a Queen: The Discovery and Analysis of the Lost Temple of Nefertiti,” on Wednesday to an audience of about 40 that included local Egyptologists.

Nefertiti’s “capacity as a creator goddess” was employed to “safeguard, and perhaps even bring about, the rebirth of the sun every day,” Williamson said.

She believes that the sunshade temple at Kom el-Nana, excavated in the 1980s and ’90s, is Nefertiti’s. Through her research, Williamson has identified thousands of sandstone fragments engraved with hieroglyphics and other markings. She has pieced together their story, which she said identifies the temple as the queen’s.

“The house of the Aten and the mansion of the Aten have long been identified as the great and small Aten temples… However the third, called the ‘Sunshade of Re’ and dedicated to Nefertiti, had long been considered lost. Organizing these fragments into coherent scenes and formulating and understanding the decoration was a challenge,” she admits.

Her discovery questions the generally accepted views of the queen.

Instead of being a powerful near-equal to Akhenaten, “she is almost less than half the height of the king,” Williamson said. “In Egyptian art, size matters. The larger you are in a scene, the more significance and power you are accorded. Her diminutive size … seems to emphasize not her importance in her own temple, but rather, her subordination to Akhenaten. Nefertiti’s status, as conveyed by her iconography, may have been emphasized or de-emphasized according to Akhenaten’s cultic or political needs.

“We should not be so quick to assume [the powerful, independent] representations [of her] were a reflection of reality. It is tempting to place a feminist and anachronistic interpretation on the evidence. After all, we want to see Nefertiti as equal to Akhenaten. That impression should be nuanced with the understanding that she was presented as powerful and strong when Akhenaten wanted her to be so.”

After Akhenaten and Nefertiti’s reign ended, the single-god religion was abandoned, as was the city they’d built.