An end to trans fats? 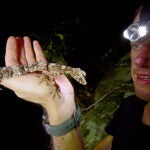 A proposal issued today by the U.S. Food and Drug Administration, if finalized, would effectively make trans fat in the food supply a thing of the past. The Gazette asked Professor Walter Willett, chair of the Department of Nutrition at the School of Public Health, to discuss the potential impact of the ruling, in policy and health.

GAZETTE: What exactly has the FDA done today? Is there a chance the ban could be derailed during public comment?

WILLETT: The FDA announced a determination that partially hydrogenated fats are no longer “generally regarded as safe” (GRAS). This requires a comment period before implementation, but I don’t think any reasonable person could now claim that they are regarded as safe because every major organization that has looked at this issue has concluded that trans fats (produced by partial hydrogenation) are harmful. Implementation of this determination will effectively eliminate trans fats due to partial hydrogenation from our food supply.

GAZETTE: Can you talk a little about why this is so important, in terms of public health and how many lives may be saved annually?

WILLETT: Even though about 75 percent of trans fats have been removed from our food supply already, millions of Americans are still consuming amounts that are harmful. The CDC has estimated that about 7,000 premature deaths could be avoided by eliminating the remaining trans fats. Other benefits are likely, including reductions in rates of heart attacks, diabetes, and obesity.

GAZETTE: Have most restaurants and food manufacturers already eliminated the use of trans fats? Do you expect any really meaningful resistance to the proposal?

WILLETT: Yes, most but not all restaurants and food manufacturers have already eliminated trans fats. I don’t think there will be substantial resistance; it will probably become difficult to obtain trans fat because producers are likely to eliminate it.

GAZETTE: So this seems like a pretty big advance for public health advocates. Is there a similar victory over the last 10 or 20 years to compare it with?

GAZETTE: Any words of caution? Do you worry that after a major change like this there’s any risk of complacency in other areas of concern? For example, the person who says, “Well now that I don’t have to worry about trans fats, I can have the extra portion.”

WILLETT: I don’t worry much about complacency due to trans fat elimination. By getting trans fat off the table entirely, we can redirect efforts to the many other aspects of our diet that need attention.

For more: Spotlight on trans fats