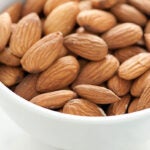 The problem isn’t limited to distant, foreign lands. Massachusetts too is a source, a destination, and a transit point for modern-day slaves, experts say.

Stetson spoke Wednesday evening at Harvard Medical School’s Countway Library of Medicine as part of an event highlighting the global problem of human trafficking and forced labor. The event, sponsored by the FXB Center and hosted by FXB Center Research Director Jacqueline Bhabha, professor of the practice of health and human rights, also featured Nancy Donaldson, director of the United Nations’ International Labour Organization (ILO), visiting FXB Center scientist Anne Stetson, and Roger-Claude Liwanga, a research fellow at the center. It was co-sponsored by the ILO and Art Works Projects for Human Rights, and included an exhibition of photographs related to trafficking by James Whitlow Delano.

Given the shadowy nature of forced labor and the sex industry, concrete statistics are hard to come by. But Donaldson said the ILO’s most recent estimates, from 2012, are that about 21 million people are toiling in modern slavery. The ILO is dedicated to ending forced labor, eradicating the worst forms of child labor, ending workplace discrimination, and promoting collective bargaining. It has a number of projects around the world that fight the practice, Donaldson said.

The organization is working with the government of Uzbekistan, for example, to end practices that are tantamount to government-sanctioned forced labor involving the annual cotton harvest, a critical part of the economy. The project is focused on ending child labor, but the ILO is working to broaden the focus to include forced adult labor as well.

Some industries, Donaldson said, are hotspots for forced labor, including agriculture, fishing, and domestic work.

Forced labor or sexual exploitation is one of three factors that define trafficking, Bhabha said. Another is that coercion or fraud is involved, and the third is that a trafficker recruits, transports, or harbors the person being exploited.

Victims are often recruited by the promise of jobs, but traffickers use other forms of trickery as well. One panelist described a ruse involving an Internet café that encouraged youths to go into debt through their Internet use, obligating them to work to pay it off. Once trafficked to their destination, people are held using a variety of techniques, including taking their passports, withholding food, and restricting their movements.

Poverty and trafficking are closely linked. Liwanga described the extensive use of child labor in artisanal mines in the Democratic Republic of the Congo. These mines, which are an important source of the cobalt and copper used in electronic devices such as cellphones, tablets, and laptops, are often small-scale operations that are family-run and provide scarce income. About 40 percent of the 2 million people working in these mines are children ages 5 to 17, Liwanga said. These children not only perform heavy physical labor, they also work with minimal safety standards.

Though child miners are common, Liwanga said the country is party to international agreements that protect children and has its own laws against labor by children younger than 16, and that mandate only light labor between 16 and 18. Those laws are routinely ignored, Liwanga said, but he’s working to change that. He recently held a workshop for officials involved in the justice system in Katanga Province, where much of the mining occurs. At the beginning of the workshop, most of the participants were unfamiliar with laws against child labor and exploitation, but they left expressing a desire to do something about it.

“Child labor exists in the Democratic Republic of the Congo and touches the lives of many in the U.S. or Europe because many electronic devices are made with minerals coming from child exploitation,” Liwanga said.

While the problem remains large, attention focused on the issue is having an effect, panelists said. Stetson described recent legislation in Massachusetts that criminalizes trafficking, ensuring that those who are trafficked into the sex trade are treated as victims rather than criminals and emphasizing that, for children under 18, coercion is automatically assumed.

An estimated 300,000 children are thought to be vulnerable to trafficking or sexual exploitation in this country, Stetson said. Poverty, neglect, and previous abuse are all warning signs that children may be vulnerable to exploitation, as is involvement with child protective services. Though programs to fight trafficking are important, programs aimed at at-risk groups to prevent it are also key, Stetson said.

Other states have also launched efforts to fight trafficking, including Texas, Florida, and Minnesota. New Jersey has begun an effort to fight sexual exploitation and trafficking related to the Super Bowl in February.

“We’re on the right path. We have a very long way to go,” Stetson said.