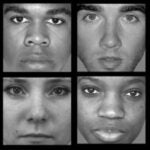 What’s in a face?

Thirty-eight of the United States’ national parks are experiencing “accidental fertilization” at or above a critical threshold for ecological damage, according to a study published in the journal Atmospheric Chemistry and Physics and led by Harvard University researchers. Unless significant controls on ammonia emissions are introduced at a national level, they say, little improvement is likely between now and 2050.

The environmental scientists — experts in air quality, atmospheric chemistry, and ecology — have been studying the fate of nitrogen-based compounds that are blown into natural areas from power plants, automobile exhaust, and, increasingly, industrial agriculture. Nitrogen that finds its way into natural ecosystems can disrupt the cycling of nutrients in soil, promote algal overgrowth and lower the pH of water in aquatic environments, and ultimately decrease the number of species that can survive.

“The vast majority, 85 percent, of nitrogen deposition originates with human activities,” explained principal investigator Daniel J. Jacob, the Vasco McCoy Family Professor of Atmospheric Chemistry and Environmental Engineering at the Harvard School of Engineering and Applied Sciences (SEAS). “It is fully within our power as a nation to reduce our impact.”

“When we apply fertilizer in the United States, only about 10 percent of the nitrogen makes it into the food. All the rest escapes, and most of it escapes through the atmosphere.”  — Daniel J. Jacob

Existing air quality regulations and trends in clean-energy technology are expected to reduce the amount of harmful nitrogen oxides (NOx) emitted by coal plants and cars over time. However, no government regulations currently limit the amount of ammonia (NH3) that enters the atmosphere through agricultural fertilization or manure from animal husbandry, which are now responsible for one-third of the anthropogenic nitrogen carried on air currents and deposited on land.

“Ammonia’s pretty volatile,” said Jacob. “When we apply fertilizer in the United States, only about 10 percent of the nitrogen makes it into the food. All the rest escapes, and most of it escapes through the atmosphere.”

The team of researchers from SEAS, the National Park Service, the USDA Forest Service, the U.S. Environmental Protection Agency, and the University of California, Irvine, presented evidence that unchecked increases in nitrogen deposition are already threatening the ecology of federally protected natural areas.

In many previous studies, environmental scientists identified nitrogen levels that would be ecologically harmful in various settings. The new, Harvard-led study used a high-resolution atmospheric model called GEOS-Chem to calculate nitrogen deposition rates across the contiguous United States, and compared those rates to the critical loads.

The findings suggest that many parks may already be suffering.

In Eastern temperate forests, such as those in Great Smoky Mountains National Park, the most sensitive elements of the ecosystem are the hardwood trees, which start to suffer when nitrogen deposition reaches approximately 3–8 kilograms per hectare, per year. According to the new study, the actual rate of deposition — 13.6 kg/ha/yr — far exceeds that threshold. In the forests of Mount Rainier National Park, it’s the lichens that suffer first; their critical load is between 2.5 and 7.1 kg/ha/yr, and the deposition rate there is at a troubling 6.7 kg/ha/yr.

“The lichens might not be noticed or particularly valued by someone walking around a national park, but they’re integral for everything else that’s dependent on them,” explained lead author Raluca A. Ellis, who conducted the research as a postdoctoral fellow at Harvard SEAS. She now directs the Climate and Urban Systems Partnership at the Franklin Institute.

Jacob, Ellis, and their collaborators predict that NOx emissions from the United States will decrease significantly by 2050 (globally, those decreases may be offset to some extent by increases in industrialization overseas). But for ammonia, the story is different. The team predicts significant increases in the amount and density of agricultural land in the Midwest and the West that will requiring more and more fertilizer to feed a growing population and to meet an anticipated demand for biofuels.

“Even if anthropogenic NOx emissions were globally zero, avoiding [critical load] exceedance at all national parks would require a 55 percent reduction of anthropogenic NH3 emissions,” the report said.

How such a reduction would be achieved is a matter for further study.

“Air quality regulations in the United States have always focused on public health, because air pollution leads to premature deaths, and that’s something you can quantify very well. When you try to write regulations to protect ecosystems, however, the damage is much harder to quantify,” said Jacob. “At least in the national parks you can say, ‘There’s a legal obligation here.’”

The project was funded by the NASA Applied Sciences Program through the Air Quality Applied Sciences Team, which is led by Jacob at Harvard and includes 23 researchers from numerous institutions. The National Park Service has been studying nitrogen deposition for some time now, typically in focused studies such as those at Rocky Mountain National Park and Grand Teton National Park. The new collaboration has enabled many different research teams to unify their efforts and benefit from shared resources like the GEOS-Chem model, which was developed at Harvard and has become an international standard for modeling atmospheric chemistry over time.

Actual levels of future nitrogen deposition will depend on a complex interplay of economic, legal, and environmental factors.

“The point is, in the decades ahead, the problem in our national parks is not going to be solved by the reduction of NOx emissions alone,” said Ellis. “It will require a targeted effort to control ammonia.”

Additional co-authors included Melissa Payer of SEAS; Lin Zhang, formerly of SEAS and now at Peking University; Christopher D. Holmes of the University of California, Irvine; Bret A. Schichtel of the National Park Service in Fort Collins, Colo.; Tamara Blett and Ellen Porter of the National Park Service in Denver; Linda H. Pardo of the USDA Forest Service; and Jason A. Lynch of the U.S. Environmental Protection Agency.