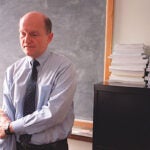 Research says many cheaters not only do not feel remorse, they enjoy pulling a fast one

Whether it’s an investment adviser bilking clients, an athlete taking performance-enhancing drugs, or a small-business owner underreporting his taxes, scofflaws seem to find ways to beat the system in virtually every arena.

Conventional wisdom dating as far back as Plato has held that people typically feel guilt, shame, or anxiety after acting unethically, and that those negative emotions effectively deter most future bouts of bad behavior.

But a new finding about cheaters published this month in the Journal of Personality and Social Psychology upends that belief. Rather than experiencing negative feelings, the research says, cheaters not only don’t feel as bad after cheating as previously thought, they report a significant boost in self-satisfaction after breaking the rules, versus non-cheaters.

It’s a reaction they call the “cheater’s high.”

“It’s not about the fact that you didn’t get caught for cheating; it’s this idea of feeling clever for getting around the system,” said Francesca Gino, an associate professor of business administration at Harvard Business School (HBS), who co-authored the study with Nicole E. Ruedy of the University of Washington, Celia Moore of the London Business School, and Maurice E. Schweitzer of the University of Pennsylvania.

Gino said she and her colleagues first became interested in why people behave badly after being regaled with tales of misdeeds. The reports that normally ethical people said they felt good after doing something wrong ran so counter to years of accepted behavioral science that the researchers wondered what was behind it.

“Oftentimes, it seemed in their stories people focused on a sense of thrill or a good feeling that came out of the fact that they violated rules or that they were able to go around the system,” said Gino. “We were intrigued by this idea that in certain situations, people might actually experience a boost in positive affect rather than feel guilty when they engaged in unethical behavior.”

The word “unethical” encompasses a wide range of actions that don’t clearly harm a specific individual, the way an assault and battery would, but confer unfair advantages or gains, as an identity theft or embezzlement would. Actions that offer psychological rewards like gaining greater autonomy and influence by deceiving and manipulating others, through con games or influence peddling, for example, fall into this category, as do actions that circumvent rules designed to limit behavior, like cheating on taxes or exams, or actions that involve complex intellectual challenges, such as computer hacking.

The goal of the research was to understand whether those anecdotal positive feelings were real and, if they were, under what circumstances they were likely to be triggered.

The researchers conducted six studies, first asking participants to predict whether they would feel good or bad after acting unethically. As expected, most participants predicted they would feel bad. But in subsequent studies, when given the opportunity to earn more money by cheating on a quiz, people did so in large numbers and reported feeling good afterward. Even when there was no money at stake, 68 percent still cheated at least once, a sign that the “cheater’s high” is not driven by a financial payoff, the researchers found.

Gino called it “a worrisome finding” that so many people cheated for no reason other than thrill-seeking, given the variety of ways and frequent opportunities people have to behave unethically when there doesn’t appear to be an obvious victim.

“Academic cheating is like that, where students cheat on a test or they steal materials from the library [because] it’s unclear who is suffering the consequences of the actions,” she said. “Unfortunately, that’s an area where our research might be particularly relevant.”

Not only do cheaters feel good about pulling a fast one, they cheat more frequently when they know they’re not alone, the research suggests.

“When you see or learn about others’ unethical behavior, you’re more likely to engage in unethical behavior yourself. And in fact, the more you feel psychologically connected or similar to the people who are cheating, then the more likely you are to cheat yourself,” said Gino, who noted that it can only take knowing one other cheater for a person to begin a downward moral spiral.

Gino said the researchers hope their findings eventually lead to a better understanding of why people cheat, and help identify better ways to tamp down those raw impulses.

“I think that’s where we’re trying to move in our research. Whether organizations or schools or any other institutions, how is it that they can build a culture such that people refrain from cheating to start with, and would a code of ethics be enough?” she asked. “Or if in fact people do end up cheating, will they feel guilt rather than a boost in positive affect if there was a particular culture that talked about the importance of behaving morally?”