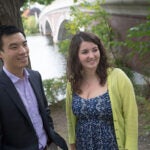 The Harvard Alumni Association (HAA) Awards were established in 1990 to recognize outstanding service to Harvard University through alumni activities. This year’s awards ceremony will take place during the fall meeting of the HAA Board of Directors on Oct. 24.

Stephen W. Baird ’74 has dedicated countless hours and limitless energy in support of Harvard. Over the years, he has focused much of his attention on stewarding high school students through the Harvard College admissions application process. Beginning as an interviewer in the early 1980s, he later served as co-chair of the Harvard Club of Chicago’s Schools Committee and was chair of the HAA’s National Schools and Scholarships Committee from 2008 to 2012. In 2012, Baird received the Hiram S. Hunn Memorial Schools and Scholarships Award. During his tenure as a member of the HAA Board of Directors, his roles have also included elected director and regional director of the Western Great Lakes. Baird also serves as a director and vice president of the Harvard Club of Chicago. Additionally, he continues to be active with his class reunion gift committee.

Baird is president and chief executive officer of Baird & Warner Inc., the largest independent real estate company in Illinois. He and his wife, Susan, live in Chicago. They have two daughters, Abigail ’08 and Lucy ’10.

Mary McGrath Carty ’74 has a long history of service to Harvard. Carty held a number of roles with the Radcliffe College Alumnae Association (RCAA), including coordinator for clubs, before being named executive director in 1993, a position she held until 2000. During Carty’s tenure, the RCAA and the HAA significantly strengthened their partnership. She became an elected director of the HAA Board of Directors in 2006 and most recently served as a College director. A loyal member of her class reunion planning committee since 1979, she has served as co-chair for the 15th and chair for the 30th and the 35th planning committees, and will chair the 40th Class Anniversary Report. Her faithfulness to Radcliffe continues to be demonstrated in her work with the Alumnae and Friends of Radcliffe College Shared Interest Group, for which she has held the position of president since 2008.

Carty remains active as a consultant and a board member for a number of nonprofit organizations. She is married to Brian Carty ’71 and lives in Belmont, Mass. They are the proud parents of three daughters, Meghan, Laura, and Molly.

Sylvia Chase Gerson ’70, Ph.D. ’75, has demonstrated her allegiance to Harvard over many years. She began interviewing applicants to the College in 1978 and has chaired her local Schools and Scholarships Committee for three decades. In 2006, she received the Hiram S. Hunn Memorial Schools and Scholarships Award. Gerson has also served as president and Prize Book chair of the Harvard Club of Lee County, Fla., and on the board of directors of the Harvard Club of Naples, Fla. In 1994, the alumni body voted for her as an elected director on the HAA Board of Directors, and she was later appointed as a regional director for Western Florida. Today, she continues her participation on the HAA board as a member of the Clubs and SIGS and the Schools and Scholarships committees.

Gerson was a research pharmacologist in the Department of Psychiatry and Biobehavioral Sciences at the UCLA School of Medicine. She is married to Donald Gerson ’65, M.D. ’70, and lives in Fort Myers, Fla. They have two children, Lisa ’96 and Samuel.

Carl J. Martignetti ’81, M.B.A. ’85, has been a loyal and deeply committed Harvard volunteer for many years and has served the institution in many capacities. Most recently, Martignetti was named co-chair of the Harvard Campaign for Arts and Sciences, and in this role he co-chairs the FAS Campaign Steering Committee. He is also a member of the University Campaign Executive Committee. He has served as co-chair of his College class gift committee since 1991 and was co-chair of the Harvard College Fund, for which he has been a member of the Executive Committee since 1995. He has also been a member of the Committee on University Resources since the mid-1990s. For his Harvard Business School class, he served on the 15th, 20th, and 25th reunion gift committees. He was a member of the HAA Committee to Nominate Overseers and Elected Directors.

Martignetti is president of Martignetti Companies, one of the nation’s leading importers and distributors of fine wine and spirits. He lives in Chestnut Hill, Mass.

Peter D. Weldon ’59 may have journeyed far away from Cambridge, but Harvard has never been far from his heart. He became a member of the Harvard Club of the Philippines in 1961 and has since been a member of the clubs in Singapore, Indonesia, Hong Kong, and Thailand. His management acumen led to major innovations in communications and outreach, especially within the Harvard Club of Hong Kong. Weldon was a recipient of the HAA Clubs and SIGs Committee Award in 2007. During his HAA service as director of Clubs and SIGs of Asia, Weldon visited each club in his jurisdiction, mentoring leaders in the ways of good club management. Although he no longer holds the role formally, Weldon continues to try to be helpful to club leaders in the area.

Weldon is an independent management and strategy consultant. He and his wife, Mercedes, currently reside in Bangkok, Thailand.

George H. Yeadon III ’75 is a devoted and tireless volunteer on behalf of Harvard. Upon graduation, he immediately joined the Harvard Club of Western Pennsylvania, in Pittsburgh. He has since also been a member of Harvard clubs in Dallas and Rochester, N.Y. With the Rochester club, he has held many roles: vice president, president, and, currently, secretary. Yeadon has also served as an alumni interviewer since graduation and has been an HAA director of Clubs and SIGs since 2011. Yeadon was closely involved in the Association of African American Harvard Alumni since its formation and merger with the Harvard Black Alumni Society, and he was involved with the organization’s Black Alumni Weekend events in 2003, 2006, and 2009. His efforts to organize minority members of his class to return for their 25th reunion led to the creation of a listserv of approximately 500 alumni, which he continues to maintain.

Yeadon is a relationship manager for Breakthrough Marketing Technology. He lives with his wife, Faith Adams, in Pittsford, N.Y.